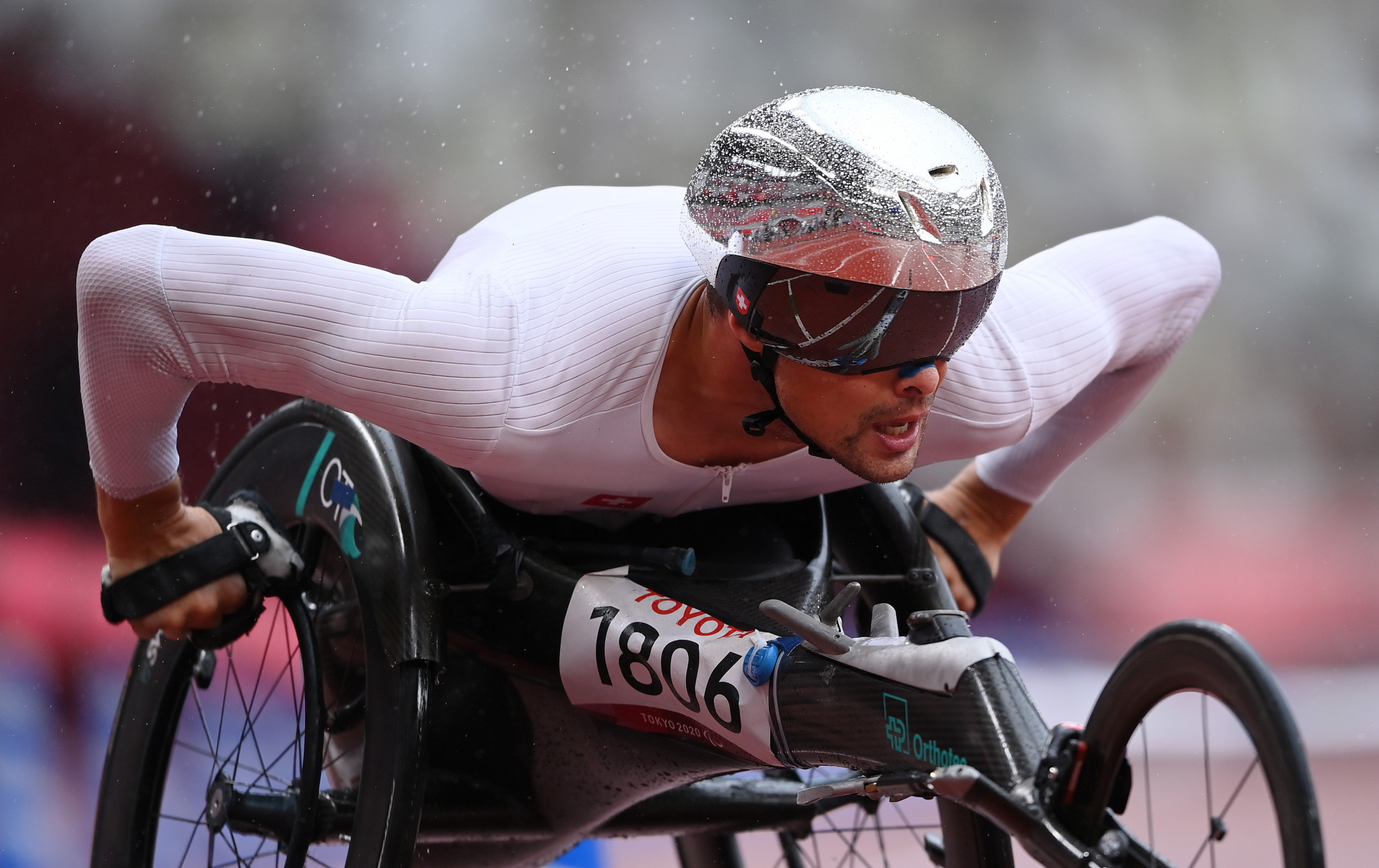 Hug, who is known as the Silver Bullet, was among the star names competing at the Dubai Club for People with Determination.

The six-time Paralympic gold medallist earned victory in a time of 2min 54.74sec, with the top four separated by less than a second.

Thailand’s Prawat Wahoram and Putharet Khongrak tied for second place after stopping the clock at 2:55.54.

Britain’s Daniel Sidbury missed out on a podium finish by ending fourth in 2:55.70.

Hug will seek a second victory later in the Grand Prix event when he contests the 5,000m.

Walid Ktila of Tunisia 🇹🇳 wins his second race in as many days in Dubai.

Thailand’s Pongsakom Paeyo won the men’s T53 wheelchair 100m race by finishing in 14.43, with his compatriot Athiwat Paeng-Nuea securing the T54 title in 14.05

The women’s T54 final was won by Mauritius' Marie Emmanuelle Alphonse, who crossed the line in 17.08.

Her compatriot Yesenia Restrepo Munoz secured victory in the F11/37 discus competition with a throw of 33.75m.

There was further Colombian success in the men’s T36/38 long jump event, where Omar Acosta Soto triumphed with a distance of 5.60m.

The Grand Prix event is scheduled to continue tomorrow.