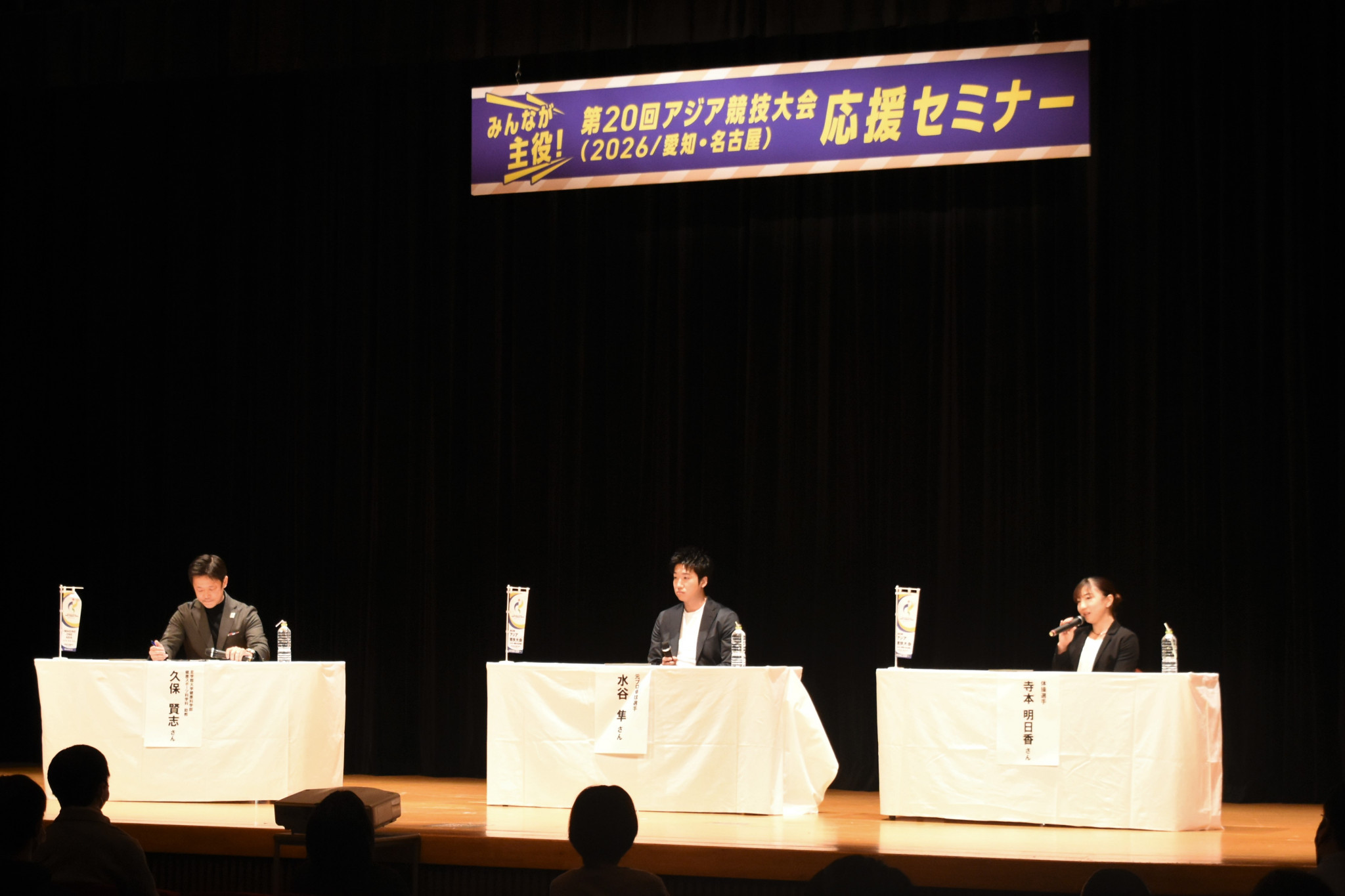 The event, entitled "the 20th Asian Games Aichi-Nagoya 2026 Everyone Plays a Leading Role Support Seminar", was held at the Imaike Gas Hall in Nagoya, the prefecture capital, and sought to generate excitement for the Asian Games.

This followed a men's singles bronze and team silver at Rio 2016.

Artistic gymnast Asuka Teramoto, who won three medals at the Asian Championships in Hiroshima in 2015, also offered a talk for those in attendance, as did Kenji Kubo, an assistant professor at the Shigakkan University department of social sciences.

This was followed by a panel discussion on the Asian Games, the multi-sport event which was first held in New Delhi in 1951.

It was billed as "Asia's highest competition", and an opportunity for athletes from across Asia to interact.

Aichi and Nagoya were awarded the 2026 Asian Games at the Olympic Council of Asia General Assembly in 2016.

Hangzhou in China is scheduled to stage the next edition of the Asian Games from September 10 to 26 this year.

The Organising Committees for the 2022 and 2026 Games have signed a Memorandum of Understanding aimed a building momentum for both events.

China and Japan have historically been the two best nations at the Asian Games.

Japan has previously held the Asian Games in Tokyo in 1958 and Hiroshima in 1954.

Aichi-Nagoya has also applied to stage the 2026 Asian Para Games.