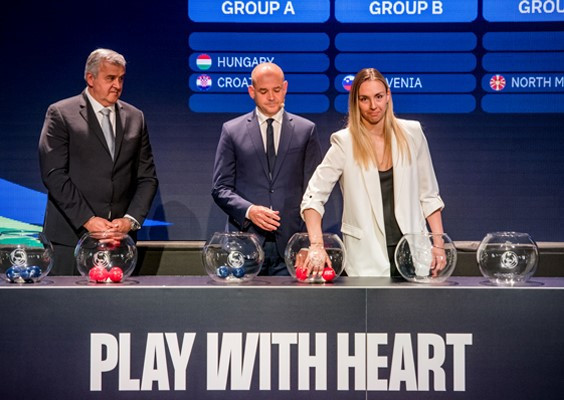 Defending champions Norway have been drawn in the same group as Hungary, 2020 bronze medallists Croatia and Switzerland at this year's European Women's Handball Championship.

The world and European champions have avoided any of the three host nations - Slovenia, North Macedonia and Montenegro - and headline Group A.

Norway will play Hungary on the opening day of the tournament, in Slovenian capital Ljubljana.

North Macedonia are in Group C and are joined by Olympic champions France, plus the Dutch and Romania.

Denmark, who finished third at last year's World Championship, have been drawn alongside Slovenia, Serbia and Sweden in Group B.

Spain, Germany, Poland and Montenegro are in Group D, which will unfold in the latter's capital Podgorica.

Skopje, the capital of North Macedonia, is due to host Group C and Group B will be in Celje in Slovenia.

The tournament, the last European Women's Handball Championship to feature 16 teams before expansion in 2024, is due to run from November 4 to 20.

Russia and Belarus were disqualified from qualification over the invasion of Ukraine.