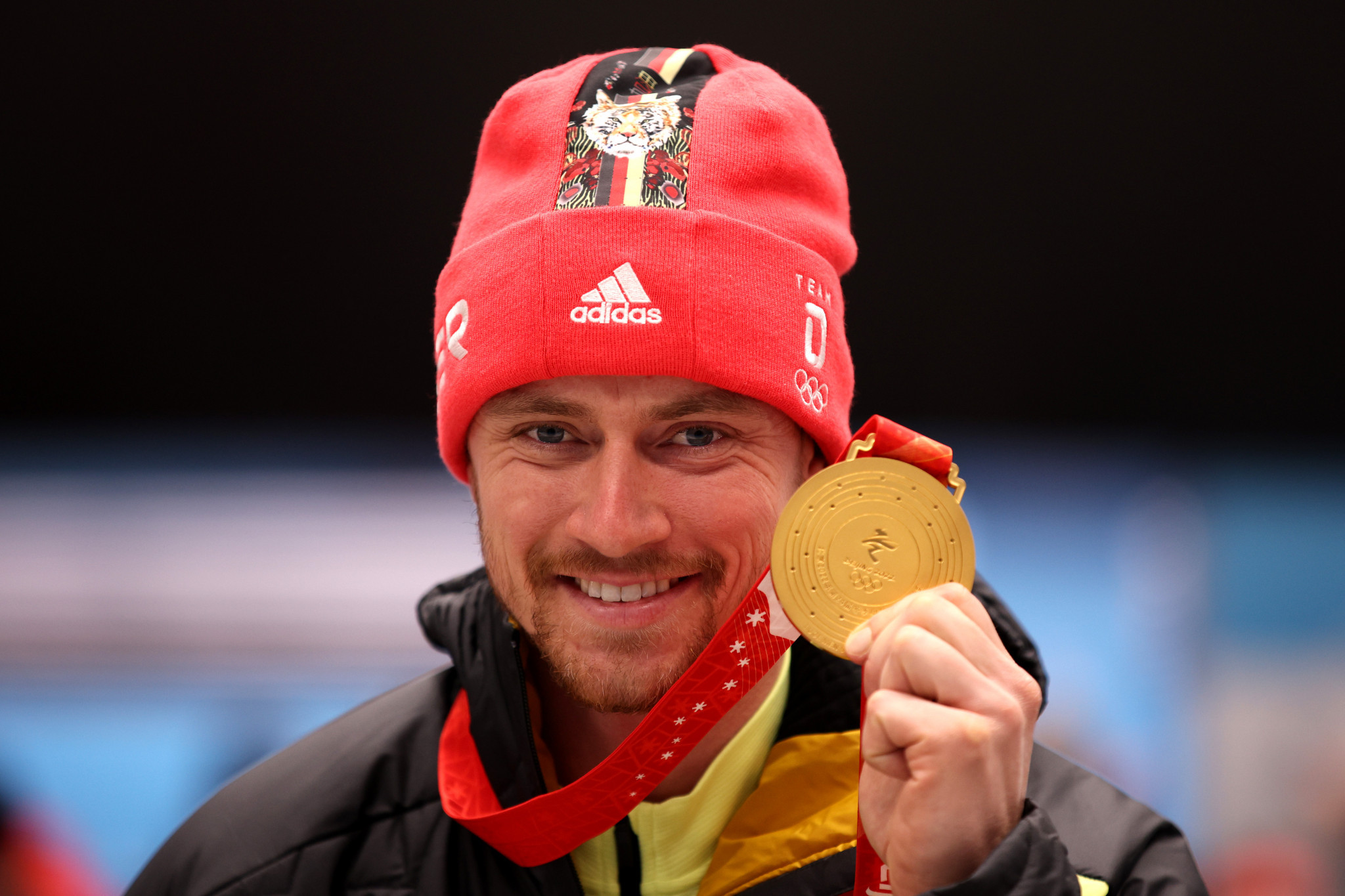 The 36-year-old will end his career at the top of his sport having won the gold medal in the men’s singles at Beijing 2022, as well as the team event with Natalie Geisenberger, defending the title they had won at Pyeongchang 2018.

He also finished top of the World Cup rankings for the 2021-2022 season after winning five races.

"Luge has been the fundamental content of my life since I was six-years-old," Ludwig said.

"In the past 30 years, almost every day was determined by the sport of luge and demanded great privation from me, but also from my family environment.

"In the course of my career, I have learned that in competitive sport, above all, perseverance and confidence in one's own abilities are important elements for success.

"I consider it a great gift that countless people have stood by me on my path through life so far.

"I would especially like to thank my family, my parents, my wife and my children, my junior coaches from BSR Rennsteig Oberhof (later WSV Oberhof), the Federal base coach in Oberhof Jan Eichhorn, and my mechanic Robert Eschrich as well as the BSD (German Bobsleigh, Luge, and Skeleton Federation) head coach Norbert Loch."

Besides his Olympic gold medals, Ludwig also won a bronze in the singles at Pyeongchang 2018.

Ludwig also won two World Championships gold medals in the team event at Igls in 2017 and Sochi 2020, as well as a bronze medal in the singles at Whistler in 2013.

He also won a total of six medals at the European Championships, four silver and two bronze.

Ludwig now plans to concentrate on his career in the police.

"Competitive sport would be unthinkable without the support of my sponsors and the Federal Police, so they are also part of the sporting success story," he said.

"I am looking forward to a new phase in my life.

"Professionally, my further career with the Federal Police will play a major role.

"But for now, the focus will be on my family.

"I'm looking forward to the summer and spending time with my children, who had to do without me for so long."