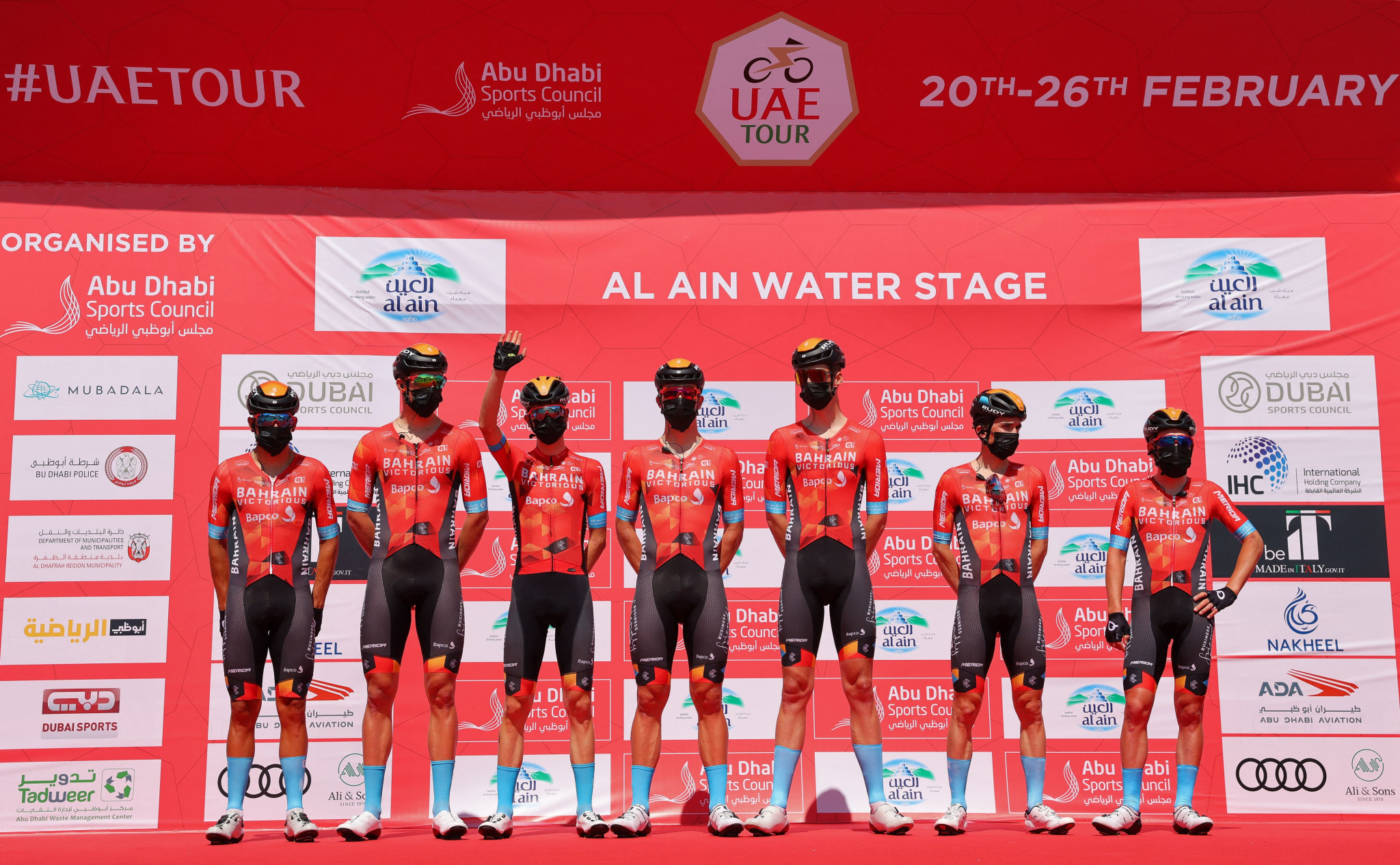 Riders and staff at Bahrain Victorious had their homes searched by police before they left for the Tour de France here, the cycling team has confirmed.

With the event due to start in Danish capital Copenhagen on Friday (July 1), Bahrain Victorious claimed the timing of the investigation was "aimed at intentionally damaging the team’s reputation".

The raid comes a year after French prosecutors launched a preliminary investigation into doping allegations against the Bahrain-backed team.

The Marseille prosecutor’s office said at the time that the investigation was into "acquisition, transport, possession, import of a prohibited substance or prohibited method for use by an athlete without medical justification".

"Some riders and staff of Team Bahrain Victorious had police search their homes today before their departure to the Tour de France," the statement read.

"Team Bahrain Victorious always works based on the highest standards of professionalism in sports, including the integrity of all professional members and competitors.

"The team cooperates constructively in all procedures and with all competent institutions.

"The investigation into the members of the team, which started almost a year ago and did not yield any results, continues just before the start of the most important cycling race, the Tour de France, and damages the reputation of individuals and Team Bahrain Victorious.

"Due to recent investigations, the team feels the timing of this investigation is aimed at intentionally damaging the team’s reputation."

Bahrain Victorious captured the team classification title in 2021 with the help of Slovenia’s Matej Mohorič and Belgium’s Dylan Teuns who both won stages.

The outfit said the latest house searches were the continuation of the investigation process that started last year when police raided team members’ home after stage 17.

"At no time, and so far, have the team been informed of the progress, results or received any feedback about the investigation from the Marseilles Prosecutor’s Office.

"Bahrain Victorious has repeatedly requested access to the file or acquaintance with the state of investigation but without success.

"Moreover, shortly after the investigation was carried out, the investigators illegally provided information regarding the seized items, on the basis of which an article was published in a professional medical journal.

"The journal stated that the team did not possess illicit substances.

"In contrast, the team does not receive any feedback.

"After almost a year of unsuccessful efforts by the team to obtain additional information, the investigators decided on new investigations just days before the start of the most important cycling race, which undoubtedly casts a shadow of doubt on the purpose of the investigation.

"The team have always cooperated completely transparently with all competent institutions and will continue to do so in the future, with the hope of greater transparency and a sense of the independence of investigators, as well as equal treatment of all teams."

This year’s Tour de France is scheduled to run from Friday (July 1) to July 24 with the opening three stages held in Denmark.