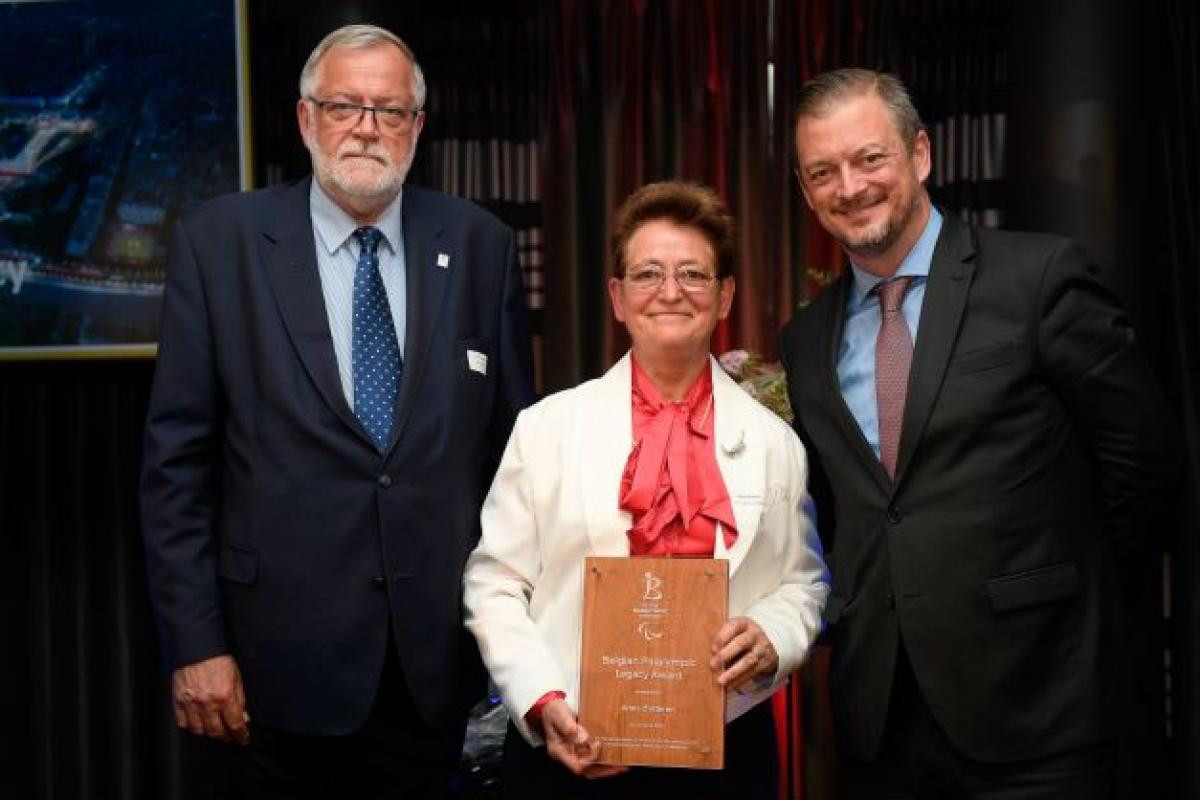 Anne d'Ieteren's achievements during her 13-year tenure as President of the Belgian Paralympic Committee (BPC) have been celebrated at an event in Brussels.

International Paralympic Committee (IPC) President Andrew Parsons was in attendance and presented the 71-year-old with the inaugural Belgian Paralympic Legacy Award in the country's capital city.

"I have known Anne for almost 20 years and it was not a surprise to see the growth of the Belgian Paralympic Committee under her leadership," Parsons said.

"From one medal at the Beijing 2008 Paralympics to an incredible 15 medals at the Tokyo 2020 Games, Anne led the professionalisation of Para sport in Belgium.

Thank you Anne D'eiteren for your years of great work as @BPCpresident for @BEParalympics ! And thanks to @parsonsandrew for presenting her with the Belgian Paralympic Legacy Award! 🇧🇪👏😀 #paralympics #paralympicteambelgium #award https://t.co/wKBB0UvoBs

"It is an honour to present her the first ever Belgian Paralympic Legacy Award on an emotional evening where the highlight was the thank you message to Anne from many athletes."

D'Ieteren was elected in 2009 and served three terms which saw her facilitate greater support for Para athletes by placing them at the centre of many projects and implement a range of activities to develop Para sport in Belgium.

"She has left her mark on the Belgian Paralympic Movement and that is why we wanted to reward her," said Marc Vergauwen, who was elected to success d'Ieteren in April.

"This new award is called the Belgian Paralympic Legacy Award and it will be given on a one-off basis to people who have made an outstanding contribution to the Paralympic Movement in our country."