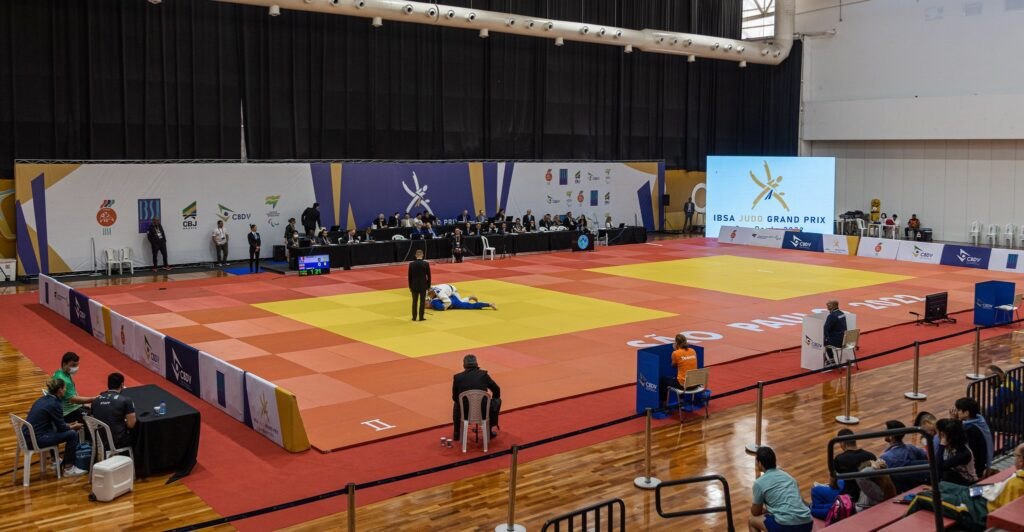 This was the final IBSA Judo Grand Prix of the year before the World Championships are due to take place in Baku in November, and Rebeca Silva finished with a third consecutive victory on the circuit at the Centro de Treinamento Paralímpico de São Paulo.

She overcame fellow Brazilian Meg Emmerich to take win the women's J2 over-70 kilograms event, a Tokyo 2020 bronze medallist in the women's under-70kg.

Arthur Silva provided a victory for the host nation in the men's J1 under-90kg at the expense of Kazakhstan's Bauyrzhan Arstanbekov and Oscar Widegren, while Wilians Araújo triumphed in the men's J1 over-90kg final against France's Jason Grandry.

Another Brazilian in Antônio Silva joined Algeria's Abderrahmane Chetouane as a bronze medallist in the J1 over-90kg.

In the men's J1 under-73 kg, Rayfran Pontes triumphed over Paralympic bronze medallist Alex Bologa of Romania in the final, and the other Brazilian winner was Rosicleide Andrade, who beat Argentina's Rocio Ledesma to women's J1under-48kg gold.

Eight other nations claimed gold medals at the Grand Prix.

The IBSA Judo World Championships are due to be held in Azerbaijan's capital Baku from November 7 to 9.