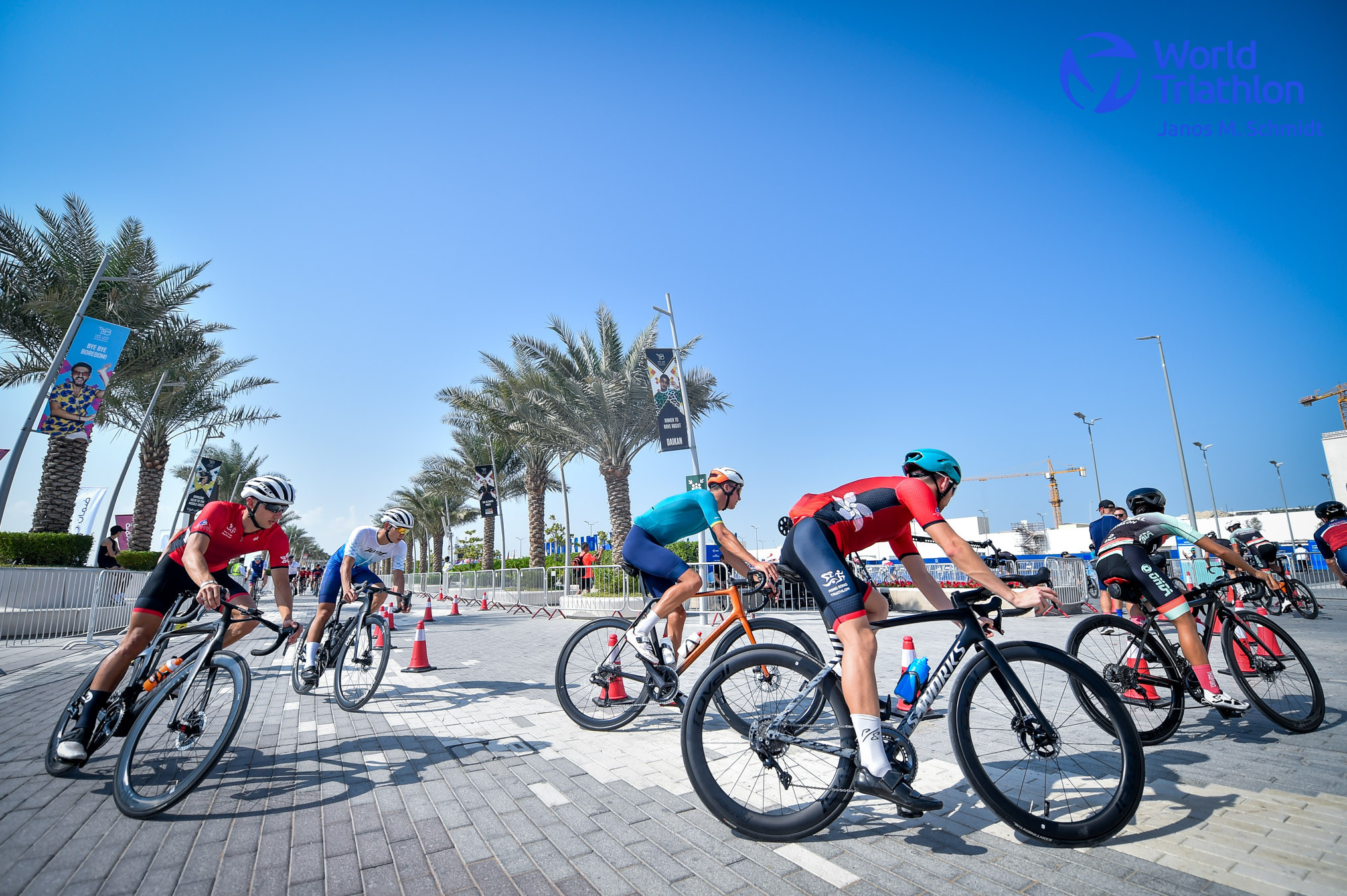 The World Triathlon Championship Finals is set to get underway here in Abu Dhabi tomorrow, with the event branded as the "crown jewel" of the season.

Competition at the Yas Bay Race Village begins tomorrow with the World Triathlon Para Championships, featuring six races in six classifications on the men's and women's side.

Spain's Susana Rodríguez and Britain's Dave Ellis are looking to defend their women's and men's visually impaired titles respectively, while Australia's Lauren Parker is seeking a third consecutive World Championships gold in the women's wheelchair category, and Italy's Giovanni Achenza leads the season's rankings in a highly competitive field in the men's equivalent.

Americans Hailey Danz and Melissa Stockwell are set to do battle in the women's PTS2, while France's Jules Ribstein faces stiff competition from the likes of The Netherlands’ Maurits Morsink and Spain's Lionel Morales to defend his men's PTS2 crown.

Spaniard Daniel Molina is the favourite in the men's PTS3 category, and the women's race is set to feature a head-to-head between The Netherlands' Sanne Koopman and France's Elise Marc.

Alexis Hanquinquant of France has won every men's PTS4 race he has competed in since September 2019, and the United States' Kelly Elmlinger is the favourite to defend her women's title in the same classification.

Both PTS5 races look tough to call, with the US' Grace Norman and Britain's Claire Cashmore expected to fare well in the women's and Canada's Stefan Daniel and Germany's Martin Schulz likewise in the men's.

Abu Dhabi is a regular stop on the World Triathlon Championship Series, but competition is usually held on the Yas Marina Formula One circuit, adding an extra challenge to the 1.5km swim, 40km bike and 10km run.

Britain's Georgia Taylor-Brown holds a narrow 69.37 point lead over Flora Duffy at the top of the standings, although the Bermudan pipped her to gold at last year's Tokyo 2020 Olympics and the Birmingham 2022 Commonwealth Games.

Both have won three races apiece so far this season.

If Duffy is able to leapfrog Taylor-Brown in the United Arab Emirates' capital, it would be a record-breaking fourth title.

Britain's Beth Potter, Laura Lindemann of Germany, the US' Taylor Knibb, France's Cassandre Beaugrand and American Taylor Spivey are all in medal contention as they sit between third and seventh place on the Series standings.

The final day of competition on Saturday (November 26) begins with the first ever Para triathlon open mixed relay, followed by the Age-Group Standard Distance Triathlon Championships and Age-Group Aquabike Championships.

The Championship Finals is then set to conclude with the elite men's race, which is likely to be a head-to-head between the current leader Hayden Wilde of New Zealand and Alex Yee of Britain.

Olympic bronze medallist Wilde missed the Series events in Cagliari and Bermuda, but is in a strong position with a 117.91-point lead.

However, Tokyo 2020 silver medallist and Commonwealth Games champion Yee has had the edge this season in races where both athletes have finished.

Léo Bergère of France is third, with Belgium's Jelle Geens in pursuit in fourth.

Both hold outside hopes of taking the overall title.