In just two decades, Azerbaijan has put itself on the map as a country capable of hosting major sporting events. As preparations continue for the biggest event to come to the country, Duncan Mackay reports on how Azerbaijan under President Ilham Aliyev is building for the future.

Azerbaijan's President Ilham Aliyev is a man who realises how important sport is in helping a country build its brand and reputation.

Azerbaijan has earned a reputation among many international federations as a good and reliable partner when it comes to staging major events.


"We have been an independent nation for only 22 years, and have already achieved so much in this time," said Aliyev. "We have held numerous international events in Azerbaijan, including European and world championships. Our sportsmen achieved good results on the international arena."

But staging the first-ever European Games will be its biggest test yet. "Azerbaijan has shown just how much of a developing country it is," said Aliyev. "In recent years, we have hosted the Women's Under–17 FIFA World Cup in 2012, along with the Eurovision Song Contest and we are very excited to host the first ever European Games here in Baku in 2015.

"Because of its strategic geographic position, Azerbaijan is the bridge between Asia and Europe, and we are excited to communicate this importance throughout many of the important events in the country.

"This is a great responsibility, a big challenge. At the same time, it is an opportunity for us to present our country. We plan to organise these Games to the highest possible standards."

The number of big events coming to Azerbaijan has been accompanied by an impressive upgrading of the country's infrastructure, including new sports facilities, an improved road network and bolstered phone and online communications.

"There are so many plans in place for the future, a very important one being the construction of modern Olympic centres and broadband internet throughout the country," said Aliyev. "We are eager to show the world just how much more we can achieve.

"Our natural resources have only given an impetus to the development of our country. The future sustainable development of Azerbaijan must be based on scientific and technological progress, modern technology, open and inclusive society. Our country has taken major steps in this direction."

As President of the National Olympic Committee of Azerbaijan, Aliyev has also taken great satisfaction in the speed in which the nation's athletes have established themselves on the world stage.

"Atlanta 1996 was the first Summer Olympic Games in history where Azerbaijan participated as an independent country," he said. "Two years ago in the 2012 London Olympic Games our country managed to win 10 Olympic medals, ranking 30 out of more than 200 nations, which is a fantastic success."

Aliyev refuses to put limits on what Azerbaijan can achieve in the future. Planning for the European Games is progressing hand-in-hand with the Islamic Solidarity Games, which will take place in Baku in 2017.

"Azerbaijan is a secular Muslim country, a country with strong connections to Europe," he said. "These connections go back to the 19th century. Now these ties are, of course, much stronger, because we base this relationship on partnership grounds.

"Multiculturalism is our state policy. We highly value the religious and ethnic tolerance."

Aliyev believes it is highly symbolic that Azerbaijan should be hosting both the European and Islamic Solidarity Games so closely together.

"The mission of hosting the first Games, this honourable mission, has been entrusted to us, and Azerbaijan will play host to the first European Games in 2015. I believe that this event carries not only a sporting but also a great public meaning. Two years later, in 2017, Azerbaijan will host Islamic Solidarity Games. These two events reflect the role of our country in the world." 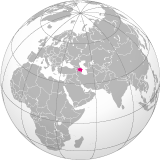 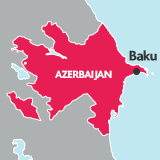