Among the commitments made by the International SAMBO Federation (FIAS) at its 2016 Annual Congress was to encourage the development of the women's side of the sport.

In 2022, the governing body celebrated International Women's Day by congratulating "all women of the world" and celebrating "women's power and brave, beauty and femaleness, intelligence, and wisdom as well as the social, economic, cultural, and political achievements of women".

The organisation was represented at the 2021 Sport for Women’s Empowerment and Employment Program (SWEEP) International Conference, which was held online.

World bronze medallist Sydney Sy was among those to take part.

In 2019, the organisation attended the International Forum on Gender Equality and Diversity in Sports in Bogota, Colombia.

FIAS invited world champion Maria Guedes from Venezuela, a member of the FIAS Athletes' Commission, and Colombian referee Yelitza Muñoz to attend the event with them.

In his report, FIAS chief executive Michal Buchel described in detail the efforts put in by FIAS into increasing the women's role in sports.

Vasily Shestakov, the FIAS President, has also spoke on the importance of gender equality in the mission to see the sport accepted onto the Olympic programme. 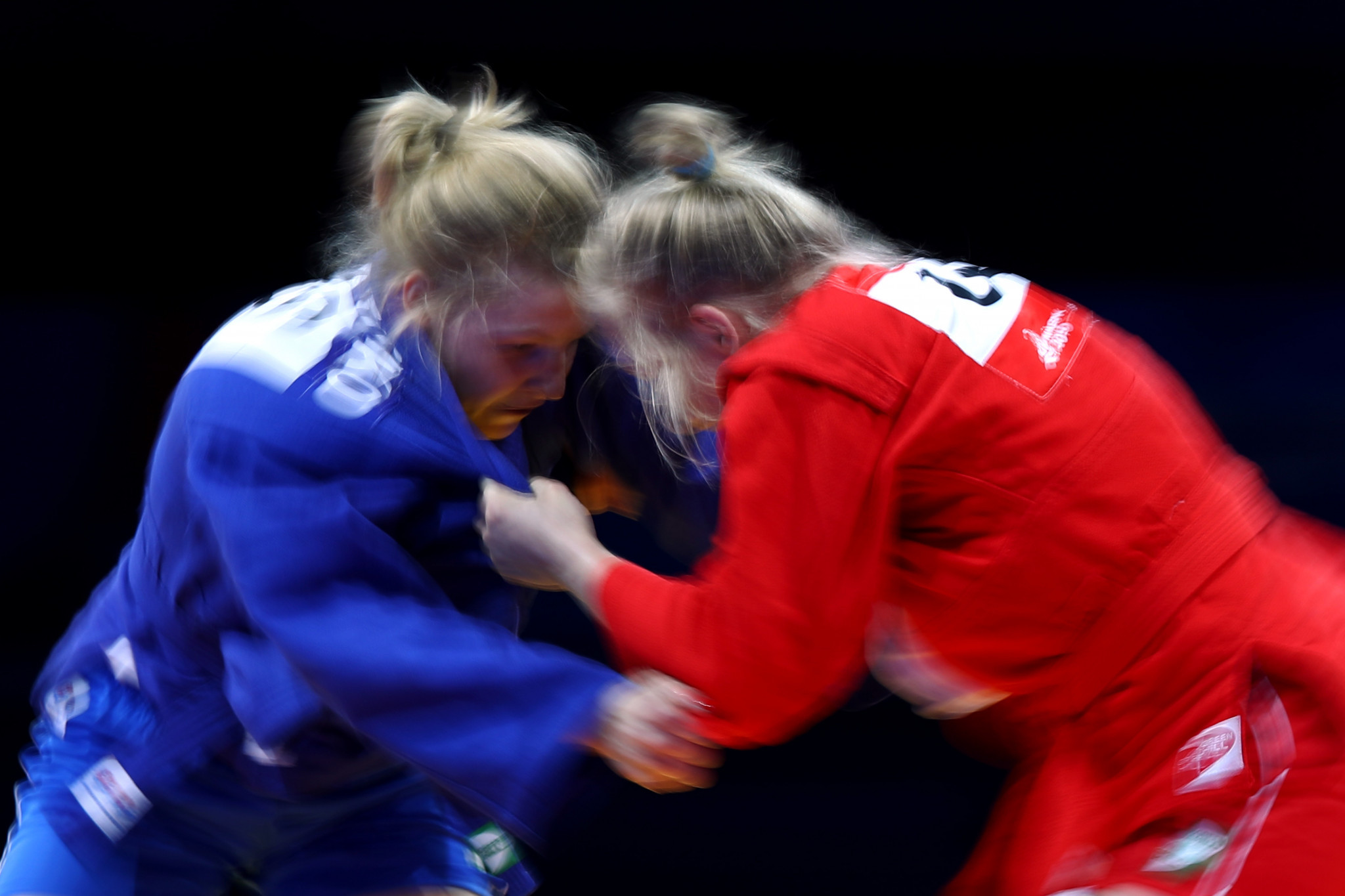 "One of the main criteria is gender equality," he said.

"In sport sambo we have provided equal weight-category representation for men and women, while we also have women represented on the Executive Board and on FIAS Commissions."

The world governing body understands that gender equity is not only a fundamental human right, but a necessary foundation for a peaceful, prosperous and sustainable world.

As part of the campaign, FIAS spoke to Egyptian athlete Entezar Mahmoud, who took part in the African Championships in Tunisia in June 2018.

The IWG’s legacy, which is split into three phases, was presented in the framework of local authorities and the Botswana Government.

The three phases are a local legacy, benefiting the outgoing hosts’ immediate sport community, as well as an Africa legacy, ensuring a functional and united Africa Women in Sport, and a world legacy, guiding all parts of the globe.

The IWG World Conference on Women and Sport gathers more than 1,300 participants from 85 countries.

Several side events were held in Gaborone, among which European initiatives were presented and discussed.

One of them was the Council of Europe’s "Preventing and combating child sexual abuse in sport".

The programme included plenary sessions with keynote addresses from high-level advocates of women and sport.

It also featured parallel sessions with presentations and cultural events.

FIAS has witnessed an ever-growing increase in women’s participation at SAMBO events and has launched a gender equality campaign, entitled "Share Your Story", where female sambists are encouraged to share sporting challenges on their social media pages.

Its Women’s Commission has also been extremely active and has previously organised meetings with female athletes in an attempt to improve their sporting conditions and increase participation.

The main goal of the seminar, which took place in the Faculty of Kinesiology at the University of Zagreb, was to attract girls and women to participate in a joint SAMBO training session and to exchange experiences.

Blagojević, a silver medallist in the women’s 64 kilograms category at the 2017 European Championships in Minsk, shared her experience and sought to motivate participants to compete on a local and international level.

FIAS has taken part in Peace and Sport’s White Card campaign, dedicated to the International Day of Sport for Development and Peace on April 6, since its inception in 2013.

As part of the campaign, athletes are invited to take a photo or selfie with a White Card in their hands in order to express the symbolic gesture of the belief that sport can steadily change the world.

In 2022, sambists all over the world were involved with the programme.

FIAS also helps to promote peace by nominating an ambassador for Peace and Sport’s Champions for Peace club.

In 2021, "Champion for Peace" sambist Laure Fournier helped teach the sport to children and others from disadvantaged families.

Launched in 2009, the Champions for Peace club provides athletes with a structure for action, so that the impact of their commitment to peace through sports projects reaches the widest possible audience.

Their combined action and their determination helps to demonstrate that sport can be more than performance alone and play a genuine role to serve society.

As part of FIAS’s cooperation with Peace and Sport, SAMBO athletes participate in Friendship Games, which are the culmination of the organisation’s extensive peace-making programme.

The conservation of big cats is an important and much-loved side project of the International Sambo Federation, which has named the tiger as its official mascot.

The animal has become a symbol of good luck for the entire sambo community and it also incentivises FIAS to promote social programmes to protect animals and the environment.

In October 2021, FIAS highlighted the Catwalk campaign, a global mass walk designed to raise awareness of big cats and organised by the Catmosphere Foundation.

It took part in the initiative again in November 2022.

The FIAS involvement with tigers began back in 2015 when an agreement was penned with the "Centre for the Study and Conservation of the Amur Tiger".

The two parties jointly organise and run a variety of events directed at the development and popularisation of SAMBO, and attracting public attention to the problem of preserving and increasing the Amur tiger population.

The Amur tiger, also known as the Siberian tiger, population has decreased significantly during the 20th century, with the last tiger census, conducted in 2015, claiming that only around 523 remain in the wild.

The largest tiger subspecies in the world, which has a life expectancy of 15 to 20 years, has become rare primarily due to habitat destruction and illegal hunting.

Virtually the entire population lives in the far east of Russia, although it is sometimes found in China, mainly along the Russian border.

The Amur tiger was selected as the mascot of FIAS in 2015.