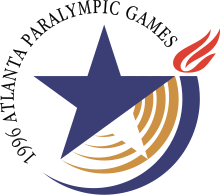 The Paralympics Games in Atlanta were a great improvement on its predecessors in terms of levels of participation and performance.

In order to ensure more dynamic growth and improvement within each sport event at the Games, the Atlanta Paralympic Organizing Committee (APOC), together with the International Paralympic Committee (IPC), developed a system based on three key components: quality, quantity and universality.

For the first time at a Paralympic Games, athletes with an intellectual disability took part along with athletes with spinal cord disabilities, cerebral palsy, amputations & les autres and visual impairments.

Attendance for the Atlanta 1996 Games was high throughout and a total of 388,373 spectators were recorded across all the sporting events.  Around 66,257 people attended the Opening Ceremony at the Centennial Olympic Stadium while 57,640 spectators turned up for the closing ceremony in the same venue.  2,088 media representatives were accredited at the Games including 721 journalists from the written press, 806 from the electronic media, and 114 photographers.

There were many outstanding performances at the Games and perhaps the standout athlete was Australia's Louise Sauvage.  Sauvage dominated the women's wheelchair racing events, taking home four gold medals in the 400 metres, 800 metres, 1,500 metres and 5,000 metres.

In total, the Games saw 269 new world records set illustrating just how high the standard at Atlanta was.

The home nation topped the medal table with 157 medals, 46 of which were gold.  Next were Australia with 42 gold medals and Germany were in third (who just beat fourth placed Great Britain) with 40 gold medals.

The 1996 Atlanta Paralympics were also the first to attract worldwide corporate sponsorship and the Games also showcased a Cultural Pyramid, featuring the works of artists with disabilities across many creative disciplines.  The Cultural Pyramid was initiated to widen the appeal and impact of the Games and to draw parallels between excellence in sport and in the arts.