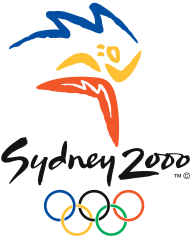 After the disaster of Atlanta four years earlier, Sydney was an absolutely stunning success and acclaimed widely as the greatest Games in history.

Cathy Freeman was chosen to light the Olympic flame at the opening ceremony. She symbolised the desire of Australia to reconcile the white and Aboriginal populations of the country.

Ten days later Freeman won the 400 metres before an ecstatic 112,000 crowd who had expected so much of her for so long.

She won on a night that has became known as "Magic Monday" and also featured victories for America's Michael Johnson in the 400m, Britain's Jonathan Edwards in the triple jump and Ethiopia's Haile Gebrselassie, who claimed the 10,000m by a closer margin than Maurice Greene had earlier won the 100m.

Australia had expected just as much of 17-year-old swimmer Ian Thorpe and he did not disappoint. He broke his own world record to win the 400m freestyle, one of three gold medals he collected. He also earned two silver medals.

Another prolific medal winner was the American sprinter Marion Jones. She collected five medals, including three gold. But three years later a doubt was cast over her achievements when she was implicated in the Bay Area Laboratory Co-Operative drugs scandal.

Winner of most medals, however, was the Russian gymnast Alexei Nemov, who matched his tally of Atlanta when he won silver medals.

Back in Britain, the hero was Steve Redgrave who, having reversed his plan of four years earlier to retire, became the first rower in Olympic history to win five consecutive gold medals.

The most unlikely hero of the Games was Eric 'The Eel' Moussambani, a 22-year-old from Equatorial Guinea, who had been swimming for only six months.

He won his heat of the 100m freestyle after the two other competitors were disqualified for false starts amid great cheering from the Australian crowd and he briefly became a worldwide superstar.

The real star of these Games, though, was the Sydney public who did so much to make them so memorable.