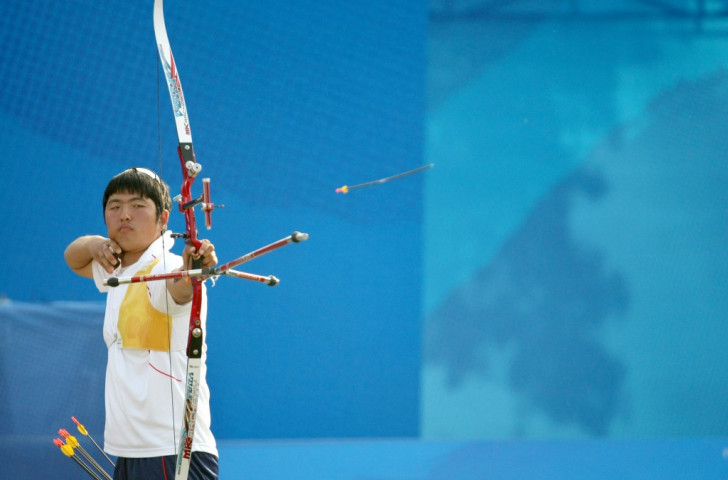 South Korea are guaranteed to claim both men’s and women’s recurve gold at the first Archery World Cup of the season following another dominant day in Shanghai.

Kim Woo-jin booked his place in the men’s gold medal contest as he beat compatriot Lee Seung-yun by virtue of a thumping 6-0 scoreline.

Ku Bonchan then overcame Indonesian archer Ega Agatha Riau with a similarly comprehensive 7-1 win, and the two South Koreans will now do battle for the title on Sunday (May 10).

The women were also in commanding form as Kang Chae Young ousted fellow Korean Ki Bo Bae, but it proved to be a much narrower contest than the men as she progressed with a hard-fought 6-4 victory.

She will go on to meet Choi Misun who also endured a tough match-up before she eventually reached the final berth by beating Germany’s Karina Winter by the same scoreline.

On what was an action-packed day, the men’s compound competition provided particular drama as American Reo Wilde shot a 12-arrow world record to finish on a perfect score of 150.

However, Wilde did not quite reach the semi-finals as he was eliminated earlier on.

Shanghai 2014 champion Sebastien Peineau of France ensured he will get the chance to defend the title he won last year as he reached the gold medal match with a score of 147, which proved enough to beat Mario Cardoso of Mexico.

“I shot my personal best in qualification,” Pineau said.

“My previous was 706, and the feeling in the matches has just been really awesome.”

The Frenchman faces a tough task if he is to reign supreme in the Chinese city as he will come up against Mike Schloesser of The Netherlands, who made history back in January by shooting a perfect 600 in the 18-metre ranking round at the Archery World Cup stage in Nimes.

Schloesser made the gold medal contest thanks to a five-point victory over Dominique Genet, and the two will meet for the title on Saturday (May 9).

In the women’s compound event, Colombian Sara Lopez, who was victorious at the Archery World Cup final in Lausanne last year, also reached her second consecutive final in Shanghai as she claimed a 148-145 success against Fatin Nurfatehah Mat Salleh of Malaysia.

The other semi-final was an all-Mexican affair which was won by Linda Ochoa, who secured her place in the gold medal contest by virtue of a three-point success over Stephanie Serai Salinas.