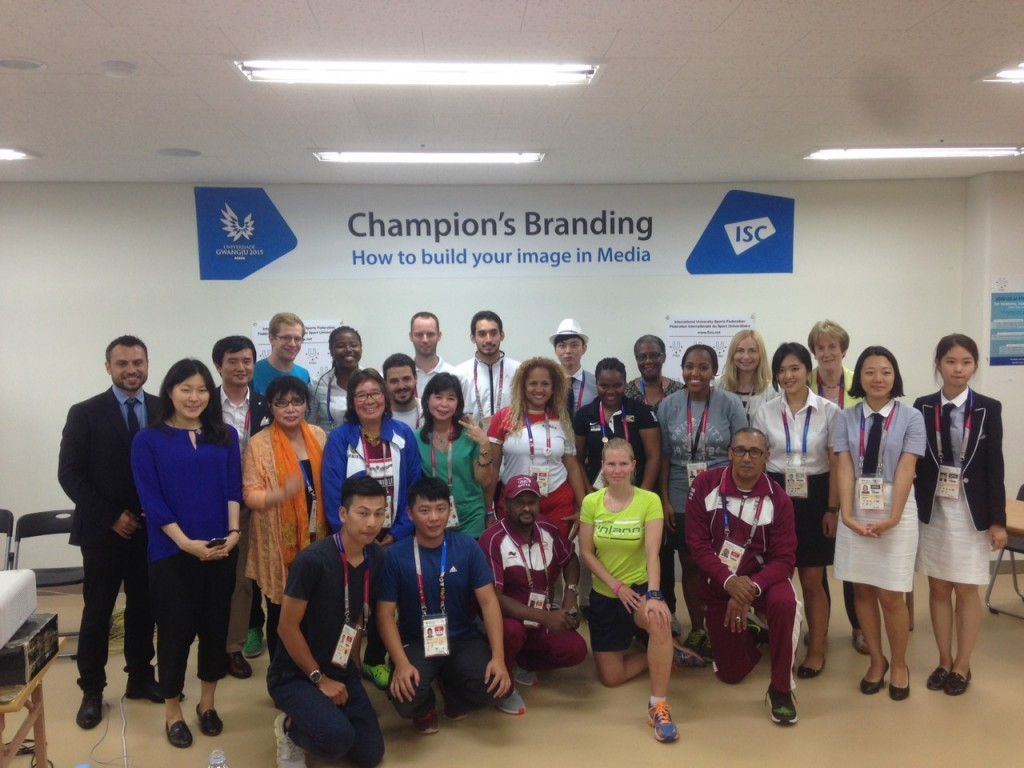 The International Sport Cooperation Centre of Korea (ISC) have hosted an education programme for student athletes taking part in the Gwangju 2015 Summer Universiade, under the theme “Champion’s Branding”.

Organised by the International University Sports Federation (FISU), but run by the ISC, the programme attempted to teach around 100 students on how they can develop a better image in the new media environment.

Among the organisations delivering aspects of the programme were television sports network Eurosport, who held a session on “How to Behave towards Media”, while the World Anti-Doping Agency (WADA) aimed to teach the athletes about the “FISU WADA-Gwagnju 2015 Anti-Doping Programme”.

Three group activities were also held, including an activity titled “What Would You Post on Facebook” which aimed to provide the participants with an opportunity to practice their skills on social media and another session called “Your Three Keywords” gave the athletes an opportunity to brand themselves.

The final activity “Create Your Own SNS Campaign” saw the participants aim to create a short social media marketing campaign based around them being a responsible student athlete.

Brazil’s Luiz Pires, claimed he gained significantly from participating in the programme as, through the group activities, he learnt how to generate his own unique brand image, which he believes will benefit him as a student athlete in the future.

Additionally, the Brazilian also praised the day’s activities for enabling him to network with fellow student athletes from various countries and cultures from around the world.

The ISC, who delivered the event, have been previously worked to help the advancement of South Korean sport by developing an educational programme for the South Korean team.

Additionally they have also hosted International Sport Cooperation Conferences, which were organised with the support of the International Olympic Committee.

Around 13,000 athletes are currently participating at Gwangju 2015, with 21 different sports set to have taken place by the time of the Closing Ceremony on July 14.