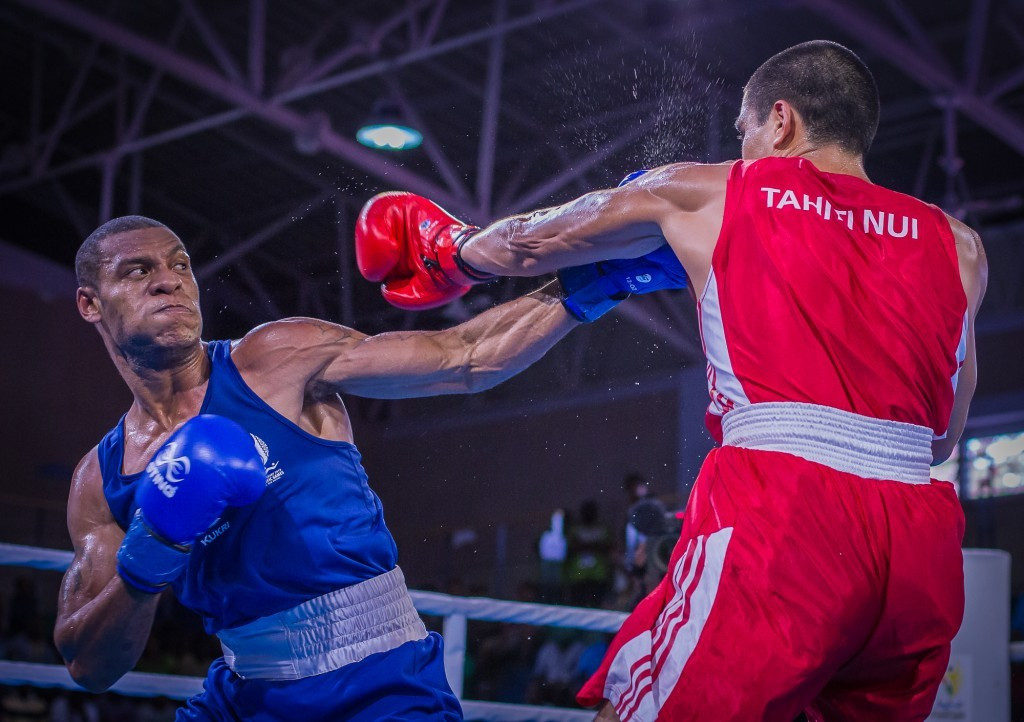 There were also technical knockout wins for fellow countrymen Thadius Katua and Jonathan Keama, who claimed gold medals in the lightweight and middleweight divisions respectively.

Katua defeated Samoa’s Kaisa Ioane in the second round of their bout.

Keama then disposed of Tahiti’s Tautuarii Nena at the same stage of their contest.

Flyweight Lui Magaiva was one of two home favourites to win on points, along with bantamweight Henry Uming, after which another Papua New Guinean fighter Tom Boga was handed a walkover victory against Nauru’s Colan Caleb in the light welterweight category.

Magaiva got the better of Nauru’s Teroi Ketner in a two-man division, prior to Uming outdoing Tahiti’s Roger Waoute in the final of a category which saw the Solomon Islands’ Gardiel Kumata Gabuvai and Vanuatu’s Boe Warawara take the bronze medals.

Boga and Caleb were followed onto the light welterweight podium by Vanuatu’s Daniel Iata and Tahiti’s Jordan Tuihaa.

“That is eight out of the 13 gold medals and now we are officially ranked number one in boxing in the Pacific,” he said.

Elsewhere, New Caledonia and Tahiti claimed two gold medals each as Fiji lost out in three of the four other finals.