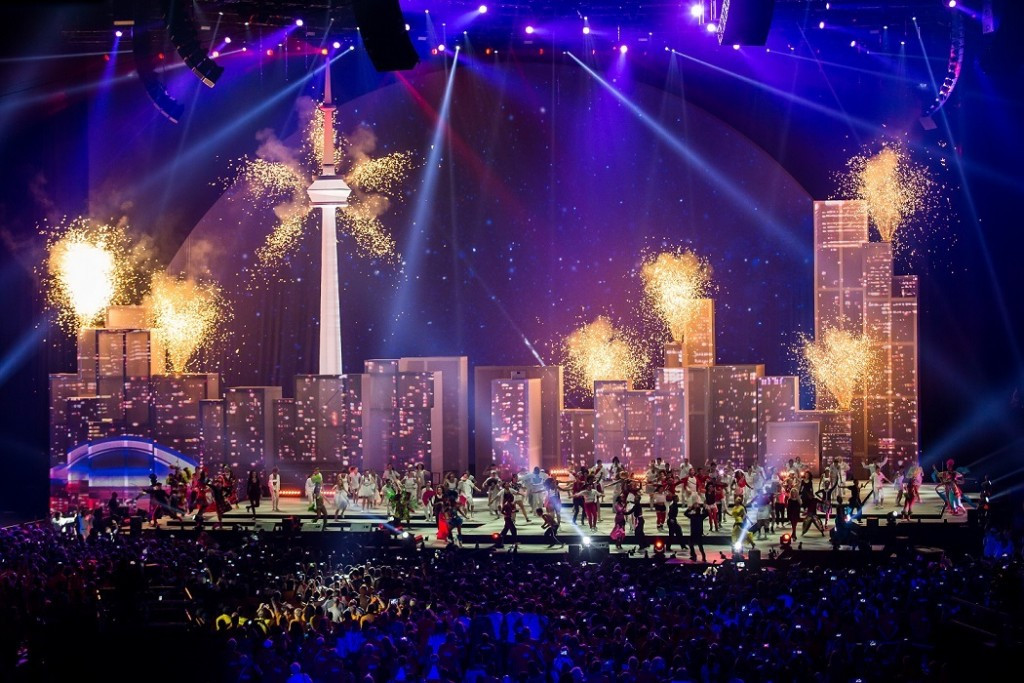 The company, who produced the London 2012 and Sochi 2014 Olympic Ceremonies, brought the curtain down on the Pan American Games last night with a high energy spectacle based upon the theme of “Unity through Diversity”.

The Ceremony, held in the 45,000-capacity Rogers Centre, featured the Parade of Nations and recognition of athletes’ outstanding performances at the Games, which ran from July 10 to 26.

Additionally the three headline acts also took to the stage with Toronto-born Serena Ryder performing the official song of the Games, while American rappers Pitbull and Kanye West also gave live sets, with the latter ending his act in controversial fashion, throwing his mike into the air and walking off stage.

The 60,000-crowd as the Los Angeles Memorial Coliseum were encourage to celebrate the “Real Superstars Of LA”, the athletes of the Special Olympics, with the Ceremony aimed at displaying the five Movement's attributes of courage, determination, unity, acceptance and joy.

“We are proud to be a part of such extraordinary events that create memories that last a lifetime for the tens of thousands of athletes and the hundred million person broadcast audiences,” said Scott Givens, FiveCurrents chief executive, after the close of Toronto 2015.

“The logistics of producing back-to-back ceremonies were formidable, but teams of the best professionals and most dedicated volunteers surrounded us.

“We are proud of what we accomplished together.”

FiveCurrents are now over halfway in delivered their “Summer of Ceremonies”, having produced the Opening and Closing Ceremonies of the inaugural European Games in Baku.

Prior to the Closing Ceremony in Baku one of the company’s production team had been killed in a car accident in Azerbaijan’s capital city.

Having now produced four Ceremonies this summer, the company are due also stage the Closing Ceremony of the Special Olympics on Saturday (August 2), in addition to both the Opening and Closing Ceremonies of the Parapan American Games in Toronto on August 7 and 15 respectively.

“The Baku 2015 Ceremonies started FiveCurrents’ Summer of Ceremonies and I’m very proud of the shows we put on for the people of Azerbaijan and Europe,” Givens said.

“They gave us great momentum and we have sustained this through to Toronto 2015 and Los Angeles 2015.

“We are now fully focused on our three remaining Ceremonies and ensuring that the stories we tell at these events also create impressions that stay with the audience and influence their lives in a positive way.”