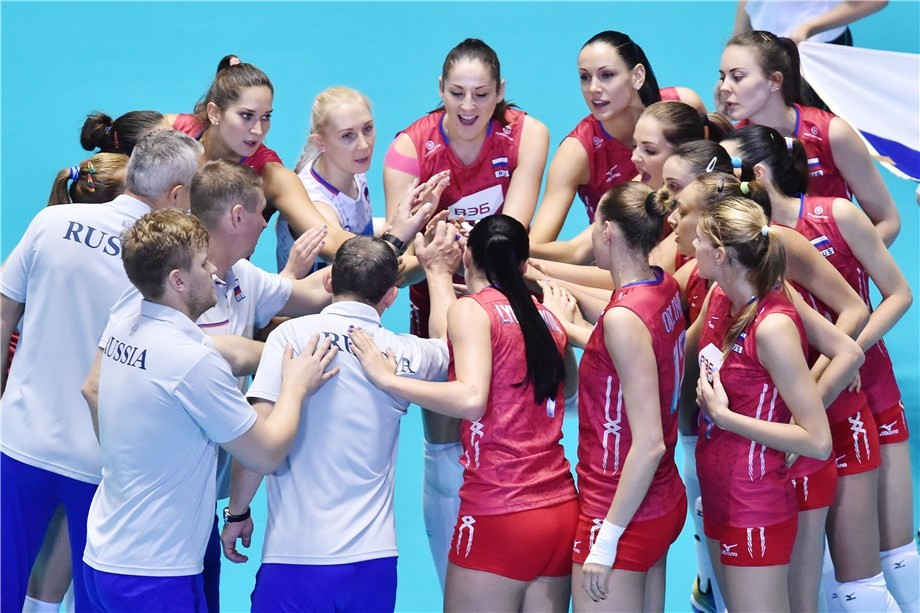 Favourites Russia continued to exert their dominance at the International Volleyball Federation (FIVB) Women's World Cup in Japan with a comprehensive straight-sets victory against Argentina.

The day’s opening match in Tokyo saw Russia come out 25-10, 25-10, 25-16 winners against their South American opponents as Alexandra Pasynkova top-scored with 14 points, one more than team-mate Nataliya Obmochaeva.

Also in action in the Japanese capital were the host country and the Dominican Republic, both of whom recorded victories to keep the pressure on the high-flying Russians.

Captain Saori Kimura led the way with 12 points for Japan, who registered a total of 10 aces in a superb performance from the service line.

"We had a day off yesterday, so we tried to concentrate early tonight so we could take control of the match," said Kimura.

"We were able to do that and win.

"We need to work on making fewer mistakes on spikes and blocks."

Japan’s victory came after the Dominican Republic had increased their points tally to nine thanks to a 25-22, 25-22, 18-25, 25-23 success against regional rivals Cuba.

Meanwhile in Matsumoto, the United States, Serbia and China all claimed victories to stay within striking distance of Russia on three wins from four.

World champions America had little trouble seeing off Peru, despite resting the majority of their regular starters in a 25-18, 25-15, 25-12 triumph.

Tetori Dixon led with 14 points, while Nicole Fawcett added 12 points as the US made it back-to-back wins.

Serbia were equally as comfortable in their 25-7, 25-11, 25-3 win against Algeria as Brankica Mihajlovic and Jovana Stevanovic scored 11 points each to fire them to a third-straight victory.

The 28-point third set equalled the lowest scoring in the history of the World Cup, matching Italy’s 25-3 success over Tunisia in 1999.

A 16-point haul from Zhu Ting, returning to China’s side following a minor injury, went a considerable way towards separating the two teams.

"Every day we have games and sometimes we are faced with difficult situations but we want to keep improving, and it’s very important for players to get experience," said China coach Lang Ping.

The action in Japan is due to continue tomorrow.

Russia will put their undefeated record on the line against Cuba in Tokyo, while China will be looking to make it four wins from five as they face Peru in Matsumoto.

The other matches in Tokyo see Kenya play Argentina and the Dominican Republic meet Japan, while in Matsumoto, the US go up against Algeria and Serbia encounter South Korea.