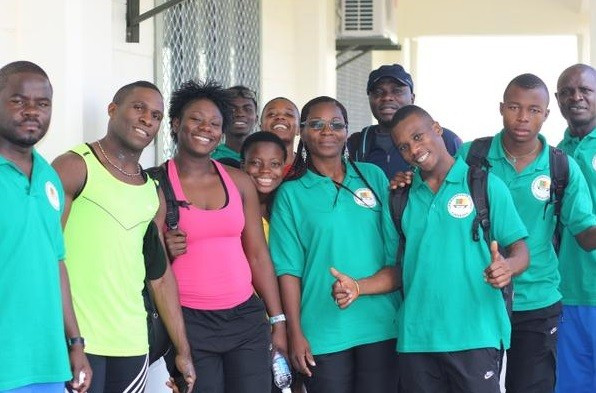 Teams are continuing to arrive here in the Samoan capital ahead of the 5th edition of the Commonwealth Youth Games, which begin with the Opening Ceremony tomorrow and run through to September 11.

More than 1,000 athletes, aged 14-18, are due to represent their country at the event, which features nine sports across seven days of competition, where 107 gold medals will be awarded.

They will take part in aquatics, archery, athletics, boxing, lawn bowls, rugby sevens, squash, tennis and weightlifting across two sporting complexes in Apia - the Tuana’imato Sports Facility and Apia Park - with the event set to help continue the development of sport in the Commonwealth.

Ahead of the official opening of the Games tomorrow, countries have been arriving in their droves in Samoa, which is hosting the event for the first time in its history, including New Zealand, England, Mauritius, Zambia, Cameroon and the Isle of Man.

New Zealand’s team comprises of 27 athletes, who will participate in swimming, track and field, boxing, lawn bowls, squash, weightlifting and archery at the Games, which aim to give young athletes in the Commonwealth early exposure of a multi-sport event.

England, whose delegation is due to be one of the largest with 60 young competitors, arrive here in confident mood that they can replicate their display from the 2011 Games in the Isle of Man, where they racked up a total of 77 medals, 37 of which were gold, in finishing top of the medals table.

They are again expected to do well, particularly in the swimming where 12 of their brightest prospects will be bidding for podium finishes.

“The swimmers have been focused during this period of preparation and are keen to show they have what it takes to compete at this level,” England programmes team leader Grant Robins said.

“I think they will all be going into the competition feeling positive, confident and aiming to win medals against some of the best youth swimmers in the Commonwealth.

“The Games will be a great stepping stone for the swimmers who have aspirations of competing at larger, senior international competitions, such as on the Gold Coast in 2018.”

Competitors from countries including Scotland opted to stay over and train in Auckland, New Zealand before completing their journey to Apia in order to minimise the effects of jet-lag.

As well as competing in the various sports, the athletes will also take part in cultural activities in the city, with a focus on friendship, integrity and cross-Commonwealth inter-cultural exchange.

It has, however, been a difficult build-up for organisers after Samoa refused to let athletes from Sierra Leone compete due to lingering fears over the Ebola virus.

Nearly 4,000 people have died in Sierra Leone since the outbreak of the deadly virus there in May 2014.

Durban was also officially announced as the host nation of the 2022 Commonwealth Games at the General Assembly, marking the first time the event has ever been awarded to Africa.

The city was the only contender in the race following the withdrawal of Edmonton, Canada earlier this year.

Tickets for both the Opening and Closing Ceremonies, as well as the sporting action itself, are still available in outlets across Samoa.