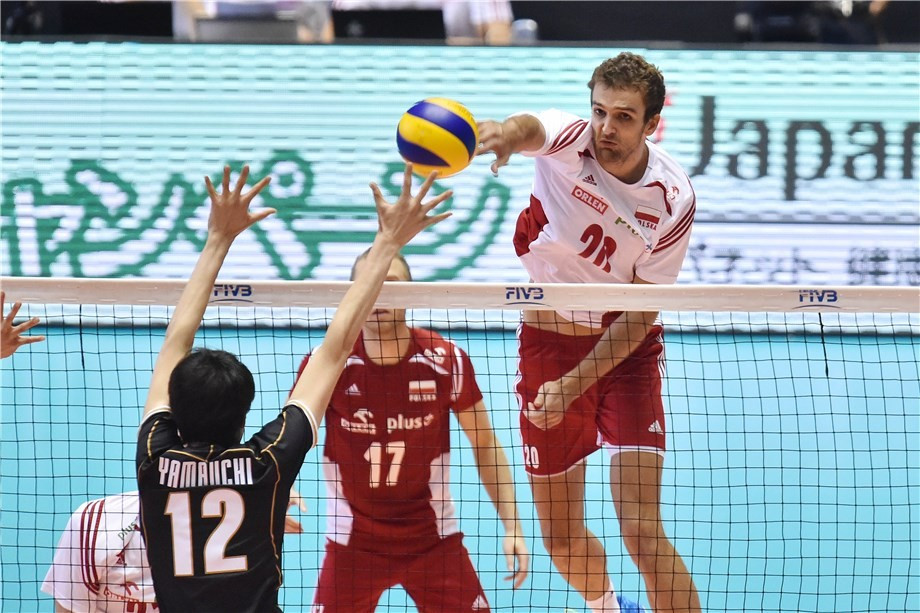 The Polish side came into the match full of confidence having proved too strong for closest-rivals the United States in their previous encounter but started in sluggish fashion, dropping the opening set 26-24.

Bartosz Kurek was the star performer for Poland, who won the FIVB World Championships title for the second time in their history in 2014, as he scored 18 points, although it was a Japanese player who topped the scoring charts as Yuki Ishikawa claimed 24.

Ishikawa’s impressive showing mattered little however as the Polish team were able to secure their 10th consecutive win.

Poland will seal the men’s FIVB title, as well as one of the two available Rio 2016 qualification spots, on the final day of action tomorrow should they overcome Italy.

Elsewhere on the penultimate day, the United States bounced back from their disappointing defeat at the hands of the Poles as they cruised to a comfortable 25-23, 26-24, 25-17 victory against Russia.

The result in the Japanese capital keeps their hopes of claiming the second and final Rio 2016 berth alive and they will all-but seal their spot at next year’s Olympic Games if they beat Argentina tomorrow.

The Americans appeared keen to banish the demons of their loss to Poland as they came out in fighting form, dominating proceedings from the off on their way to their ninth win of the event.

Osmany Juantorena produced a superb performance with a haul of 26 points to help his side clinch a vital win in their pursuit of a place at the 2016 Olympics.