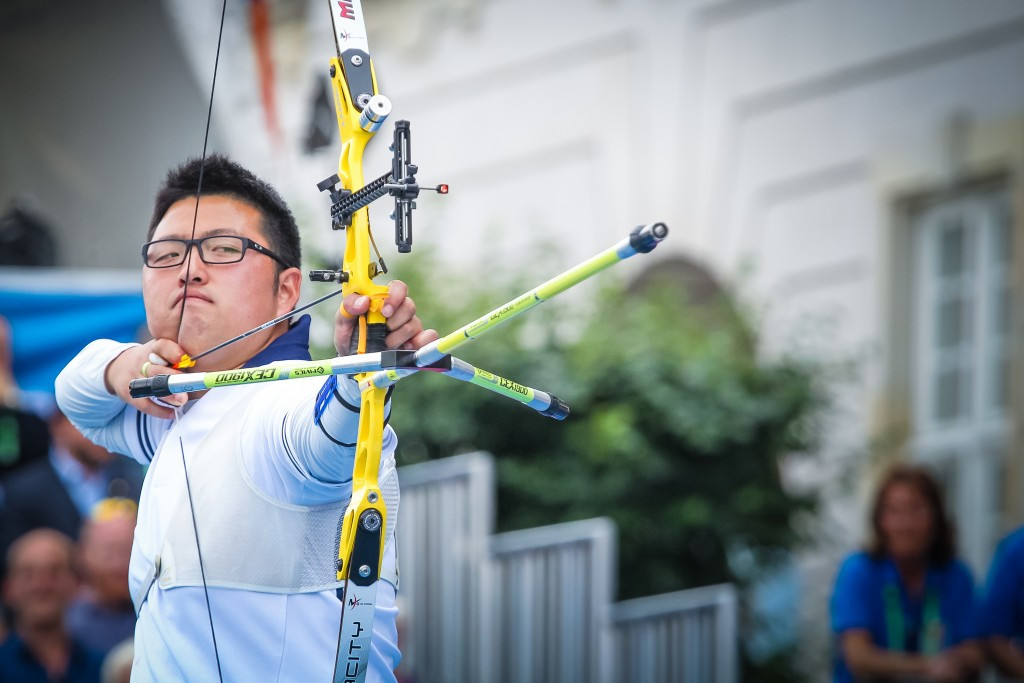 He shot five sets of 29 or more to beat Dutchman Sjef van den Berg in the gold medal match at the Aquece Rio International Archery Challenge.

“It was so good," said Woojin.

"Sjef shot great, too, and he made it very exciting.

"Sjef was my motivation to win.

“I knew that I needed to stay calm because if lost my control, I was going to lose the match.

“I’m looking forward to a better performance next year.

“I know the venue and what it feels like, so it should be even better.”

The Koreans also claimed the third step on the podium with Ku Bonchan beating India's Jayanta Talukdar to bronze.

“I don’t feel bad about losing, and I feel like I won silver again,” said Sjef, who was also second at the European Games in Baku this year.

“Having the chance to interact with the Brazilian culture and get a bit used to the weather, these are also things that will definitely help with our training for 2016.”