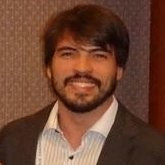 Rio 2016 weightlifting and powerlifting manager Pedro Meloni says it’s now time to execute plans for the Olympic and Paralympic sports with next year’s Games less than nine months away.

Carioca Arena 3 in the Rio 2016 Barra Olympic Park is due to play host to the official weightlifting test event for Rio 2016, the South American Championship, from April 7 to 10.

Weightlifting and powerlifting competitions are both scheduled to be held in the Riocentro exhibition and convention centre at the Olympic and Paralympic Games, which run from August 5 to 21 and September 7 to 18 respectively.

And speaking to insidethegames here at the 2015 International Weightlifting Federation (IWF) World Championships, Meloni insists preparations will be stepping up a notch from here on in.

"When London’s flame was fading, we had already started our planning.

"They say that in war and in life planning is essential but plans are useless.

Meloni is here to observe the presentation of weightlifting with the view to improving that at the Rio 2016 Olympic Games.

Although he’s looking to bring new dimensions to the presentation, Meloni is keen to take acknowledge the tradition of weightlifting, which has been contested at all but three of the Summer Olympic Games since their inception in 1896.

"Once you’re not stepping on the rules, you can then experiment.

"The IWF has been very supportive on that for us.

"They’re very supportive on trying new stuff, while respecting the tradition of weightlifting as a sport.

It is expected that a total of 45 test events will have been held prior to the Olympic and Paralympic Games as part of the Aquece Rio programme.

Meloni is confident the Games will be a success, despite Rio 2016 director of communications Mario Andrada confirming last month that the budget will be cut by as much as 30 per cent amid Brazil's ongoing financial crisis.

"My general impression is that everything is running well," he added.

"We’re facing the normal challenges for every Organising Committee and we’ll deliver a fantastic Games with Brazilian flavour."

The ongoing World Weightlifting Championships are the first to come to the United States in 40 years and form part of the qualification process for Rio 2016.