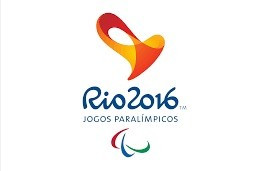 The International Wheelchair and Amputee Sports Federation (IWAS) has announced the list of officials for the wheelchair fencing event at this year's Paralympic Games in Rio de Janeiro.

Representatives from 17 countries will be tasked with officiating the nine wheelchair fencing competitions, due to take place at the newly-built Youth Arena at the Deodoro Olympic Park.

Wheelchair fencing is scheduled to be held there from September 13 to 17.

Argentina, Austria, Brazil, Canada, China, France, Poland and Russia are among the nations to be represented on the list of officials.

Germany’s Udo Ziegler has been named as the technical delegate and Britain’s Hilary Philbin appointed as his assistant.

Man Chung of Hong Kong will be the IWAS medical representative, while the Referees Commission will be made up of Ingolf Blumowski of Germany and Brazil’s Eduardo Gomes.

A total of 27 of the 28 international referees have been named, with one more due to be confirmed in the near future.

Wheelchair fencing has been held at every Paralympic Games since the inaugural edition in Rome in 1960.

France are the most successful country with a total of 134 medals, including 61 gold.

China topped the medal table in the sport at London 201.

They claimed a total of of six gold medals, three silver and one bronze.