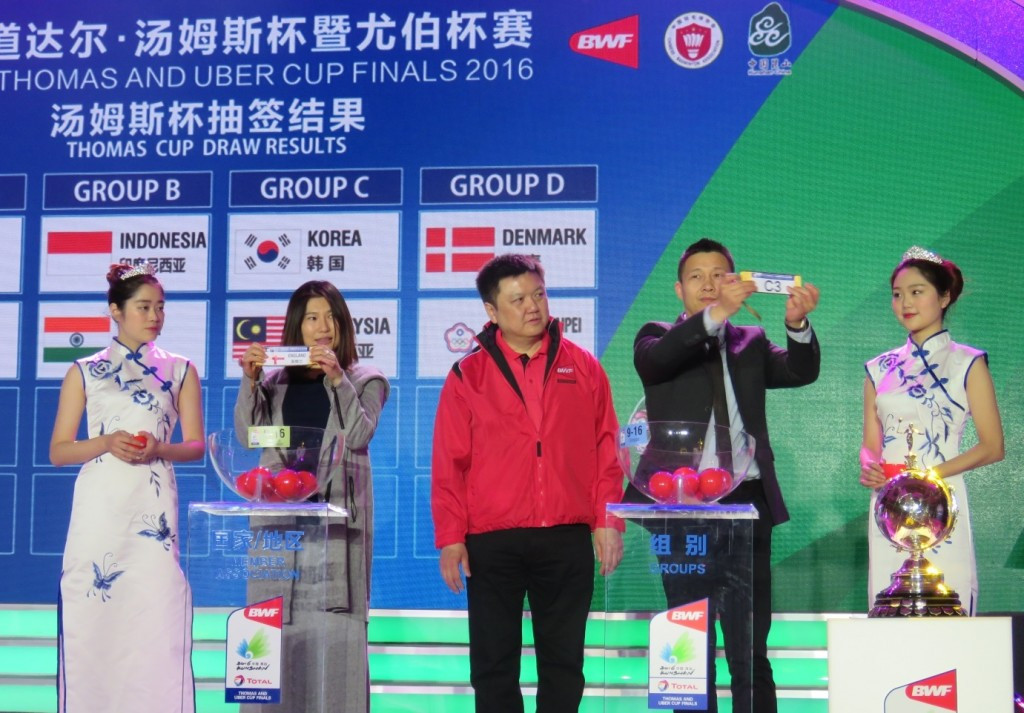 Defending champions Japan and top seeds China will clash in the group stage of the Badminton World Federation (BWF) Thomas Cup after the draw was conducted in host city Kunshan.

The tie between the two badminton heavyweights attracted the most attention, with both teams having been placed into Group A of the tournament, which will take place from May 15 to 22.

With two teams progressing to the quarter-finals per group, the two nations will begin as the clear favourites to reach the knock-out stage, with France and Mexico completing the Group A line-up.

Indonesia, the record 13-time winners, will be joined by India, Thailand and Hong Kong in Group B, while 2014 silver medallists Malaysia will face the challenge of South Korea, England and Germany in Group C.

The Thomas Cup, the men's World Team Championships which is named after the late English player Sir George Alan Thomas, was first staged at Preston in 1949 when Malaysia were the winners.

Since 1984 the competition, which was the BWF’s first major international tournament, has been held biennially.

The draw was conducted by BWF major events manager Venugopal Mahalingam, with the assistance of BWF referee Dennis Lee, at the Tonino Lamborghini Hotel in Kunshan.

They also conducted the draw for the Uber Cup, the women's World Team Championships, which is named after former British women's player, Betty Uber.

Defending champions China were placed into Group A, alongside Denmark, Spain and Malaysia, while Group B consists of South Korea, Chinese Taipei, Mauritius and USA.

Thailand, Indonesia, Bulgaria and Hong Kong were placed into Group C, with 2014 runners-up Japan due to meet Germany, India and Australia in Group D.

The competition will also be played in Kunshan.

Teams qualified for the competition based on their performances at continental team championships and team rankings.

Another draw will take place following the group stage to decide the quarter-final matches.