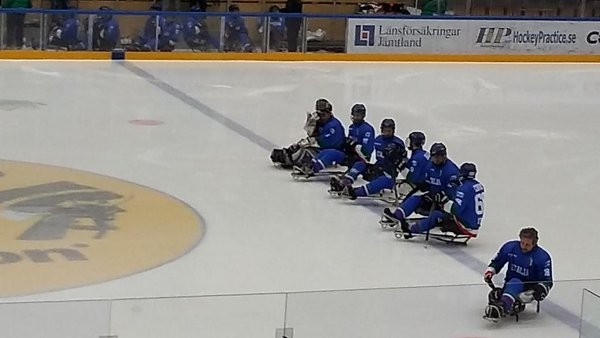 Norway made it two victories out of two at the International Paralympic Committee (IPC) Ice Sledge Hockey European Championships by easing past Germany 5-1 at the Östersund Arena.

After their 2-0 success over hosts Sweden yesterday, the Norwegians were in fine form and went in front thanks to Loyd Solberg's strike.

It was 2-0 before the end of the first period as Knut-Andre Nordstoga found the target.

Germany, beaten 3-1 by defending champions Italy in their opener yesterday, scored the only goal of the second period after Bernhard Hering struck on the power play.

Norway came roaring back in the third, however, with Rolf Pedersen, scorer of both goals against Sweden, restoring their two goal cushion.

Further goals arrived through Thomas Jacobsen and Audun Bakke to give the final scoreline a more comfortable feel.

In the first game of the day, the Italians continued their title defence with another win as they saw off Czech Republic 4-0.

Sandro Kalegaris opened the scoring and then netted his second to give the Italians daylight.

Valerio Corvino made it 3-0 before Werner Winkler added another just seconds before the end of the game.

The Czechs were thrashed 5-0 by Russia yesterday and are still searching for a first win and a first goal.

The Russians, the Paralympic silver medallists, made it a day to forget for hosts Sweden with a thumping 16-1 success.

It means that three countries competing boast 100 per cent records with three yet to win.

Each side are due to play each other once in a round robin format.