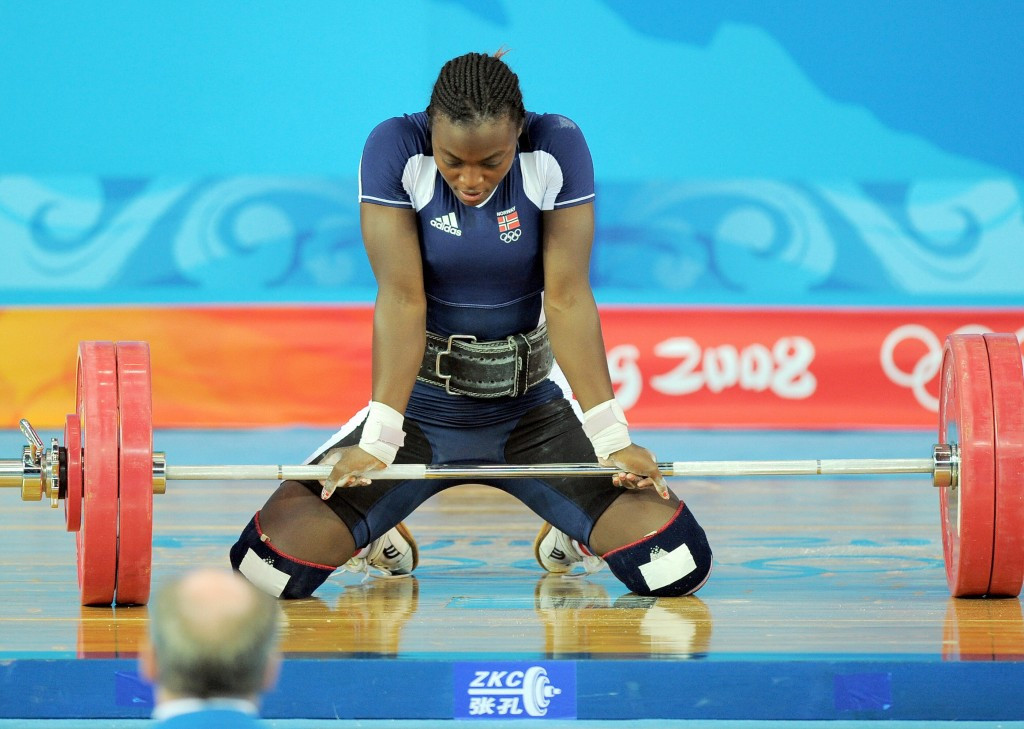 Norwegian weightlifter Ruth Kasirye, who carried the country's flag at the Opening Ceremony of the 2008 Olympic Games in Beijing, has become the first athlete from the country to have tested positive for meldonium, it was announced today.

Kasirye, European Championships silver medallist in the 58 kilograms event in Strasbourg in 2007, confirmed she had tested positive for the drug after claiming she was taking it for medical purposes.

She claimed she received the substance, which was added to the World Anti-Doping Agency (WADA) prohibited list on January 1, at a hospital in her native Uganda after she became ill.

Kasirye insisted she has not tried to deliberately cheat and has took full responsibility for her actions at a press conference held in Norwegian capital Oslo this evening.

The news of the failed test from the 33-year-old comes ahead of Norwegian municipality Førde staging the European Weightlifting Championships, due to start on Sunday (April 10).

"I am here today because I have taken a positive test on meldonium that I got through medical treatment in December and January," Kasirye said.

"And I am very sorry for it.

"And I am very sorry on behalf of my weightlifter friends and hope it does not become a heavy burden for them.

"It's my fault and my responsibility and I have no-one to blame.

"I should have said notify my closest that I was through a treatment, but I'll take the consequences of my actions."

The development comes after the International Weightlifting Federation (IWF) announced double world champion and two-time Olympic silver medallist Andrei Rybakov of Belarus had tested positive for the substance, moved from the monitoring list to the prohibited list by WADA  due to “evidence of its use by athletes with the intention of enhancing performance”.

Rybakov had been the first weightlifter to be implicated in the ongoing scandal surrounding the drug, which was thrust into the limelight when five-time tennis Grand Slam champion Maria Sharapova revealed she had failed a test at January's Australian Open last month.

The news came after the IWF held an anti-doping seminar in Kazan, entitled “Enough is Enough”, in order to spread information on drug issues to athletes and their entourages.

During the event, held on March 20, the IWF stated that so far no positive tests for meldonium have been recorded in the sport, claiming that their proactive campaign, which has reminded Member Federations that the substance was to be banned, had helped.

Rybakov has been provisionally suspended by the sport's worldwide governing body.

Former world champion Mikhail Pulyaev was among four Russian judokas to have allegedly failed a drugs test for meldonium yesterday.

These latest positive tests bring the total number of Russians known to have tested positive to 29, 27 of whom have been identified publicly.

Russia is not the only affected country, however, as former European indoor 800 metres champion Nataliya Lupu of Ukraine, along with Ethiopia's Tokyo Marathon winner Endeshaw Negesse and Sweden's Ethiopian-born former world 1500m champion Abeba Aregawi, have all tested positive.

Wrestlers, volleyball and rugby players have also been implicated, as well as several biathletes, including Olga Abramova and Artyom Tyshchenko of Ukraine and Russia's Eduard Latypov, a gold medallist at last year's World Junior Championships.