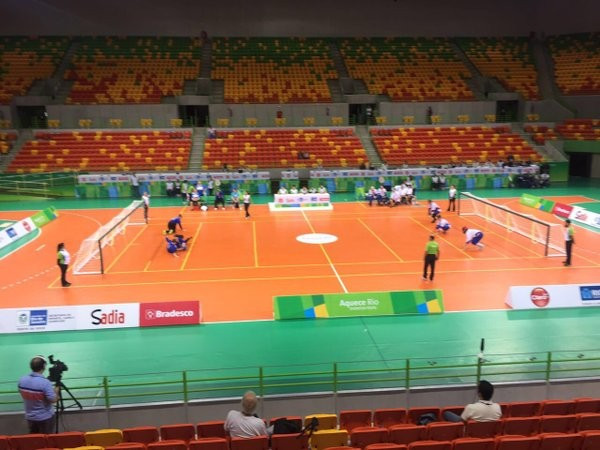 Brazil claimed bragging rights ahead of the Rio 2016 Paralympic Games by beating defending champions Finland 7-6 in the opening match of the Aquece Rio International Men's Goalball Tournament at the Future Arena today.

Finland who dispatched Brazil 8-1 in the London 2012 final, were too strong this time around in edging home in the final stages.

Just four men's teams are participating in the two-day test event, with Lithuania having swept past the United States 14-5 in the other match of an opening day which coincided with the Rio 2016 Paralympic draw.

World champions Brazil will join African champions Algeria in Group A along with Canada, Germany and Sweden.

Finland, the US and Lithuania, a strong side who finished fourth at London 2012, will all play in Group B.

They will be joined by European champions Turkey and Asian counterparts China.

“It's an awful draw for us,” admitted Finland coach Timo Laitinen.

“The beginning will be very tough, but if we win our games, our semi-final could be easier.”

In the women’s tournament, hosts Brazil will face world champions the US in a tough looking Group C along with London 2012 gold medallists Japan, African champions Algeria and Israel.

Two more rounds of test event action will take place tomorrow as well as the final.