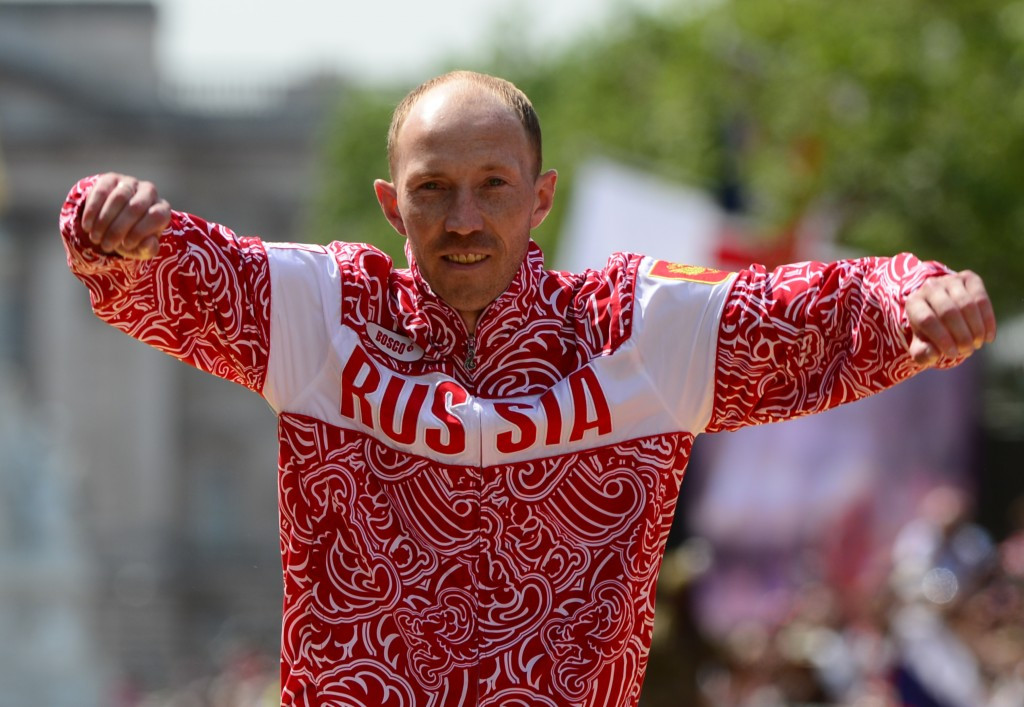 Russian race walkers Sergey Kirdyapkin and Olga Kaniskina have each formally returned their London 2012 medals back to the International Olympic Committee (IOC) after being found guilty of doping, it has been confirmed here today.

Kirdyapkin had claimed the gold medal in the 50 kilometres walk and Kaniskina had taken silver in the women's 20km event.

It followed the gold she had won four years earlier in Beijing, a medal she is currently not in danger of losing.

Kaniskina has, however, also been stripped of her gold medal in the 2010 European Championships in Barcelona and all results registered between August 2009 and October 2012.

In March, the Court of Arbitration for Sport (CAS) had ruled in favour of the appeal by the International Association of Athletics Federations against the more limited bans given to Kirdyapkin and Kaniskina.

Kirdyapkin was initially banned for three years and two months in January 2015, with his sanction back-dated to October 2012.

The CAS verdict means, however, he will also forfeit the gold medal he won at the 2009 World Championships in Berlin.

Australia's Jared Tallent, second behind Kirdyapkin at London 2012, is set to be formally awarded the Olympic 50km gold medal on June 17.

His medal would push Australia up two places on the medals table, from 10th to eighth, moving them above Italy and Hungary.

China's Si Tianfeng, third at London 2012, will now receive the silver medal and Ireland's Robert Heffernan will be upgraded from fourth to bronze.

It will be Ireland's first medal in athletics since Sonia O'Sullivan won a silver in the 5,000 metres at Sydney 2000.

Kaniskina's silver medal will be inherited by China's Qieyang Shenjie and her compatriot Liu Hong will be awarded the bronze.

Another Russian, Elena Lashmanova, winner of the gold medal at London 2012, received a two-year ban for doping in 2014 but does not currently stand to lose her Olympic title.

News of the medals being returned today was confirmed by the All-Russia Athletic Federation (ARAF).

It has not yet been confirmed, however, whether Yulia Zaripova has yet returned the London 2012 gold medal she won in the 3,000 metres steeplechase.

She had her results disqualified between July 20, 2011 and July 25, 2013, leaving Tunisia's Habiba Ghribi set to be upgraded to the Olympic gold medal.

Another Russian racewalker, Sergey Bakulin, is set to lose his gold medal from the 2011 World Championships in Dageu.

Valeriy Borchin could lose two world titles, his 20km crown at Berlin 2009, as well as his gold from Daegu.

He will not be stripped of his Beijing 2008 Olympic gold because his ban only came into force in August 2009.

Discussions are currently continuing over whether the IAAF should lift Russia's suspension from Rio 2016, imposed following publication last November of the World Anti-Doping Agency Independent Commission which found evidence of state-supported doping.

A further 14 Russians were implicated following retests last month from Beijing 2008 and another eight cases were reportedly registered at London 2012.

The situation is set to be among the lead items on the agenda when the IOC's ruling Executive Board begin three days of meetings here this afternoon.

Kaniskina and Borchin are not believed to be among the latest Beijing 2008 cases.

Denis Nizhegorodov, bronze medallist in the 50km walk, was among those named, however.