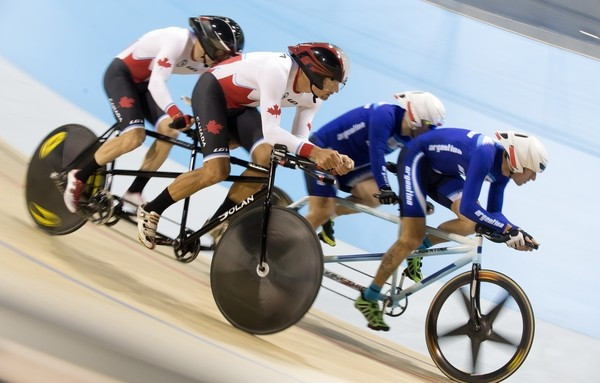 The money has been described as a “shining example of how timely and significant financial support to the Paralympic Foundation of Canada can impact the performances of Canadian para-athletes” by the Canadian Paralympic Committee (CPC).

Fifty per cent of the donation will go towards the high-performance programmes in para-cycling and wheelchair basketball in the nation, the CPC has confirmed.

The other half will be distributed to the Circle of Champions initiative, which provides funding to ensure that Canadian Paralympic athletes have access to the best coaching, training environments, equipment and sport science.

The Paralympic Foundation of Canada, an arm of the CPC, believe the benefits of the cash injection will be “felt for years to come”.

“This donation arrives in the crucial months leading up to the Rio 2016 Paralympic Games, which means it is not only helping established athletes but the stars of tomorrow as well,” said Jim Westlake, chair of the Paralympic Foundation of Canada.

“The benefits will be felt for years to come.”

The increased funding comes as Canada bids to improve on their disappointing display at the London 2012 Paralympic Games, when they finished only 20th in the overall medals table.

It was their worst performance since making their debut in the Paralympic Games at Tel Aviv in 1968.

The performance marked a big downturn in fortunes having finished among at least the top seven in the previous 10 editions of the Games.

“It means so much to us to be able to help Paralympic athletes and Paralympic hopefuls achieve their highest goals,” added Greg McKenzie, senior vice-President of Intelliware Development.

“More and more Canadians are becoming aware of Paralympic sport and we want them to see these athletes at their best and delivering peak performances.”