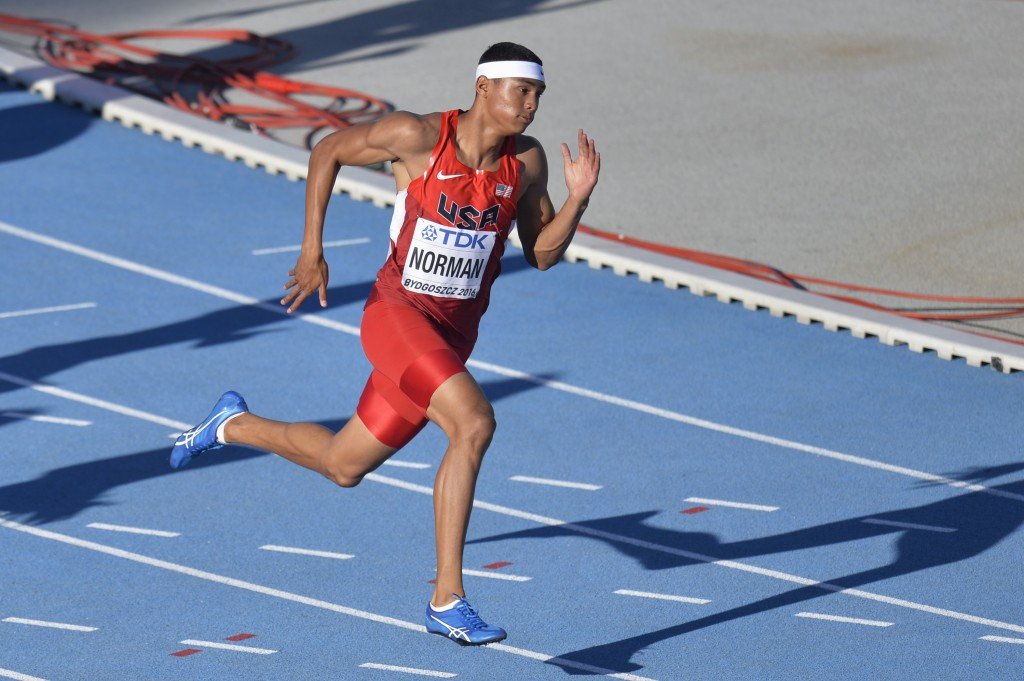 The United States' Michael Norman Jr set a Championship record time on his way to winning the men’s 200 metres title at the International Association of Athletics Federations (IAAF) World Under-20 Championships in Bydgoszcz today.

"To win gold in my first international meet is a truly humbling experience.

"I’m thinking of the next Olympic Games in four years' time, but I would like to take it one step at a time.

"The next goal is next year’s NCAA (National Collegiate Athletic Association) Championships."

There was also success for the US in the women’s 400m hurdles as Anna Cockrell posted a personal best 55.20 to finish 1.34 seconds ahead of Jamaican silver medallist Shannon Kalawan and a further 0.36 seconds clear of Canadian bronze medallist Xahria Santiago.

There were a couple of near misses for America, however, with Darius Carbin coming second to Cuba’s Luis Enrique Zayas in the men’s high jump and Wilbert London III having to settle for the runners-up spot behind Qatar’s Abdalelah Haroun in the men’s 400m.

Carbin and Qatar’s Mohamat Allamine Hamdi, both managed personal bests with 2.25m and 2.23m respectively, but it wasn’t enough to match Zayas' world under-20 leading 2.27m.

There were also victories today for France’s Yanis David in the women’s long jump, Kenya’s Celliphine Chepteek Chespol in the women’s 3,000m steeplechase and Hungary’s Bence Halász in the men’s hammer throw.

David registered 6.42m to finish ahead of Germany’s Sophie Weissenberg with 6.40m and fellow Frenchwoman Hilary Kpatcha with a personal best 6.33m.

Chespol clocked a Championship record time of 9:25.15, beating runner-up Tigist Getnet of Bahrain by 8.93 seconds and third-place finisher Agrie Belachew of Ethiopia by a further 3.09 seconds.

Halász’s mark of 80.93m proved too good for Ukraine’s Hlib Piskunov, who came second with a personal best 79.58m and was followed onto the podium by Finland’s Aleksi Jaakkola with 77.88m.

The Championships were initially supposed to be held in Kazan, but they were stripped of hosting rights by the IAAF last year after Russia's suspension for widespread doping.