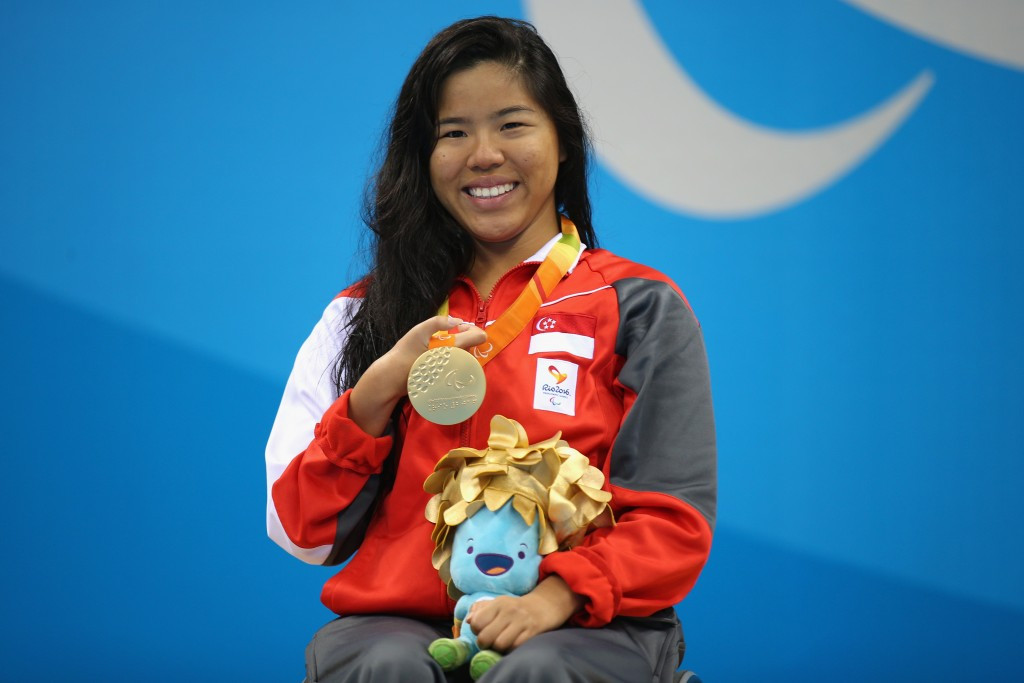 Yip won golds in both the 50 and 100 metres backstroke S2 finals in Brazil, and it was revealed in Parliament by the Minister for Culture, Community and Youth, Grace Fu, that she would be receiving a financial reward.

The Singapore National Paralympic Council (SNPC) stated before the Games that there would be cash incentives for medal winning athletes.

Yip was paid SGD$400,000, which is double what was promised, due to the fact she claimed two golds.

A pot of SGD$1 million was available with Schooling, the 100m butterfly champion, claiming the entire amount as Singapore's only gold medallist

The Athlete Achievement Award (AAA), which recognises the achievements of Team Singapore medallists at major Games such as the Paralympics, Asian Para Games, Commonwealth Games and the ASEAN Para Games, was initiated by the Singapore Disability Sports Council in 2002.

There have been some calls by the public to improve the rewards given to Paralympians, specifically Yip and fellow Para-swimmer Theresa Goh, who won a bronze medal at Rio.

Yip's golds and Fu's bronze, which came in the women's 100m breaststroke SB4, were the only Paralympic medals Singapore won in Rio.

Fu encouraged the SNPC and SNOC to review their schemes and called on more corporations to come forward to support the organisations' efforts to reward Singapore athletes.

"This is in line with the general convention that monetary rewards for competitions in sport are largely funded by private means through sponsorship, donations and product endorsements," said Fu, as reported by Channel News Asia.

"As far as the Government is concerned, our primary focus is to help our athletes who are driven, who are motivated, and who are courageous to have the same opportunities to step on the podium.

"That support system does not discriminate between able-bodied and disabled athletes."

A motion will also be put forward to the Parliament next month, aiming to congratulate Singapore's Paralympians for their "excellent performance" in Rio and to celebrate their achievements.