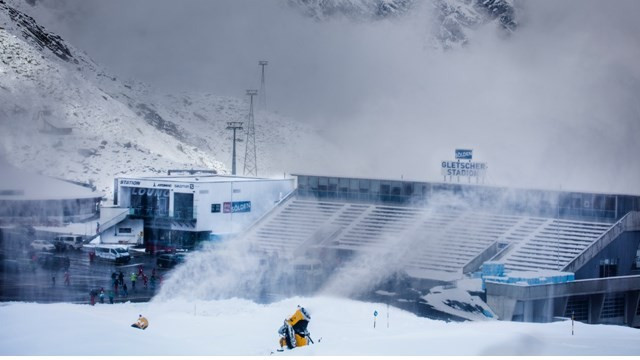 International Ski Federation (FIS) race director Markus Mayr has hailed conditions at the Rettenbach Glacier in Sölden as “perfect” ahead of the first Alpine World Cup event of the season.

The Austrian resort will play host to the opening competition of the 2016 to 2017 campaign next Saturday (October 22) and Sunday (October 23).

Officials have already given the course, which traditionally holds the traditional curtain-raiser for the winter season, the green light after it passed the snow control inspection.

The FIS claimed in a statement that they had “no doubts” the conditions would be deemed suitable for racing.

A snow-making system has been in operation but the FIS remain confident fresh snowfall will top up the current levels in Sölden, located in the Ötztal valley of Tyrol.

“The slope preparation is already so perfect, that we could race this weekend,” said Mayr.

The FIS Alpine Skiing World Cup opener gets underway with the women’s giant slalom event on Saturday, before the men’s competition is staged the following day.

Austria’s Eva-Maria Brem is the defending champion in giant slalom, while the men’s title is held by compatriot Marcel Hirscher, slalom silver medallist at the Sochi 2014 Winter Olympic Games.

The overall women’s crown is currently in the possession of Switzerland’s Lara Gut.

Before the action comes to the fore, the Alpine Forum, where the ski family gathers to discuss the upcoming Alpine season, will take place on Friday (October 21).

A “World Cup Party” will then greet guests in the evening ahead of the first run in the women’s giant slalom early the following morning.

Levi in Finland will play host to the next Alpine Skiing World Cup from November 12 to 13.