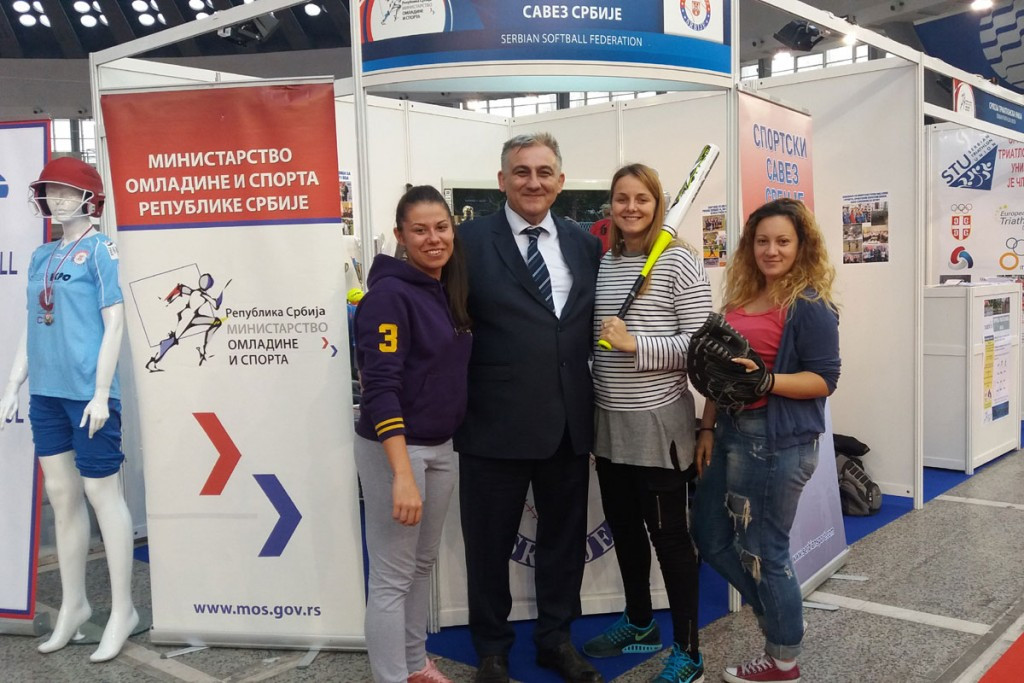 Officials from the Serbia Softball Federation (SSF) helped promote their sport at a national exhibition where more than 60,000 visitors attended.

The Serbia National Sport Fair took place in Belgrade, the country’s capital city, from November 25 to 27 and the SSF were among the 90 sports and anti-doping organisations based in the Eastern European nation represented at the event.

Along with being able to find out more about the sport, visitors also had the chance to give it a go with a throwing and hitting section set up.

During the three-day event, the SSF managed to speak to Ivan Todorov, vice-president of the Olympic Committee of Serbia.

Since being founded in 2005, the SSF has seen teams establish themselves in Belgrade, Subotica, Novi Sad, Sombor and Sremska Kamenica.

The women's sport will be making its Olympic Games return alongside baseball at Tokyo 2020.

Before being scrapped from the Games after 2008, it had appeared four times in the Olympic calendar, starting in 1996.