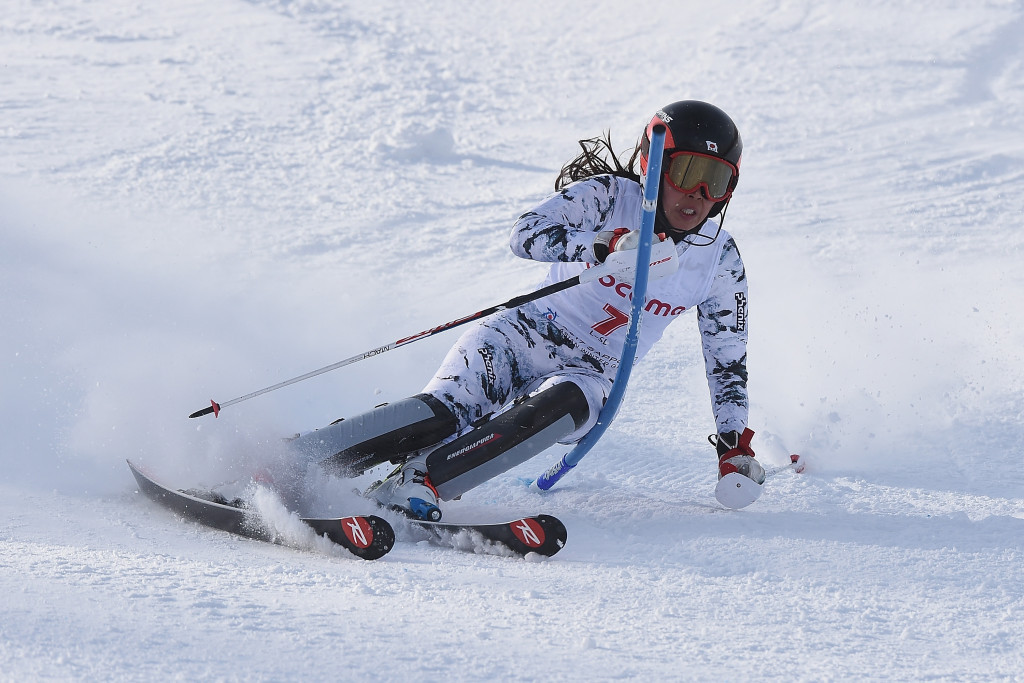 Japan’s Emi Hasegawa made light of the challenging conditions to win the women’s slalom competition here today, securing her second gold medal of the Asian Winter Games in the process.

The newly crowned giant slalom champion put herself in pole position for a second title by producing a strong first run, crossing the line in a time of 49.23sec.

Her compatriot Asa Ando would match the time on her run, putting the duo in joint first place at the halfway stage, while their team-mate Mio Arai completed the top three.

The break between the first and second runs had a crucial impact on the competition, with a heavy blizzard affecting visibility and adding further layers of snow to the course.

It was clear from the opening times produced on the second runs that the change in conditions had added an extra challenge, with the vast majority of skiers coming across the line four or five seconds slower than their previous times.

Hasegawa would respond in fine style, producing a composed run down the course to end her second effort in a time of 52.97 seconds.

It gave her an overall time of 1min 42.20sec, which would prove enough to seal her second gold of the Games.

Ando would end her second run 0.64 seconds slower than her team-mate to take the silver medal.

It would prove to be an identical podium to the giant slalom event, with South Korea’s Kang Young-seo clocking 1:45.70.

She had finished fourth in the giant slalom but benefited from the rule which prohibits one nation from having a clean sweep of medals.

On this occasion, she ended third outright, with Japan’s Arai having dropped to fourth place by finishing with a combined time of 1:45.82.

Jung would claim the victory in a time of 1:37.10, with his team-mate ending over two seconds behind to take the silver.

Japan’s Hideyuki Narita completed the podium places by ending in a time of 1:39.38.

He had benefited from a mistake by Kazakhstan's Igor Zakurdaev, who slipped from second after the opening runs to finish in fourth place in 1:40.03.