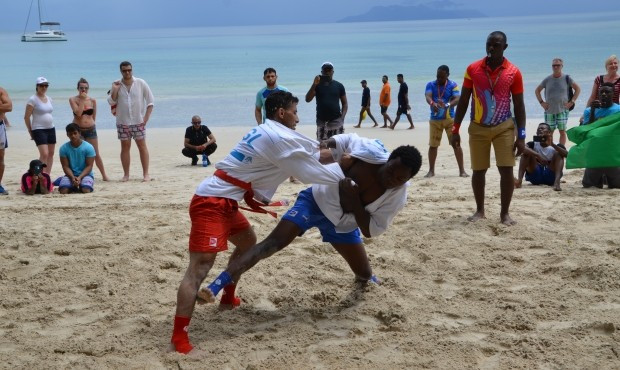 Cameroon and hosts Seychelles both tasted victory in beach sambo as the 2017 African Sambo Championships came to a close today.

Competitions were held in the men's 74 kilograms and 90kg categories with Cameroon's Yannick Mezepo triumphing in the former and Seychelles' Derrik Kruaze coming out on top in the latter.

Also represented in the four-nation tournament were Tunisia.

Beach sambo differs slightly from the traditional form of the sport.

The rules are modified in that the combat lasts three minutes, without penalties and mat wrestling, and until the first assessed movement.

Uniforms for the athletes and referees are also modified.