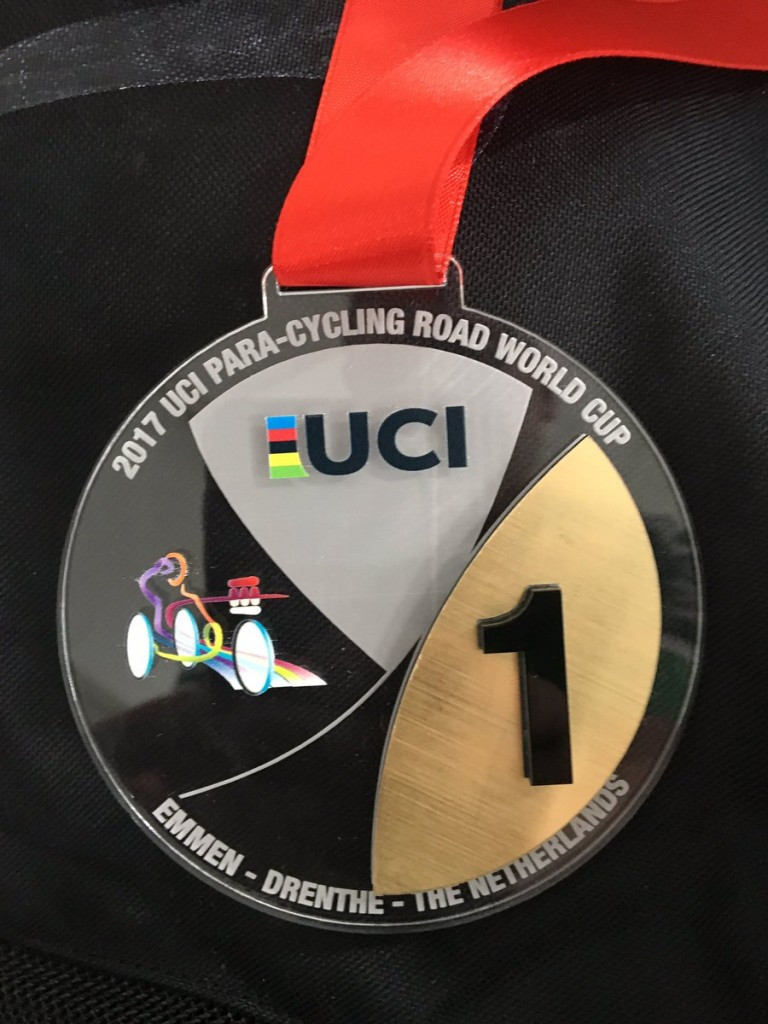 Ireland’s Eve McCrystal and Katie George Dunlevy were among the winners on the opening day of the International Cycling Union Para-cycling Road World Cup in Emmen.

The pair impressed in the time trial event, finishing ahead of Britain’s Lora Fachie and Corrine Hall in a time of 34min 17.47sec.

The British duo were pleased with a strong performance in their first event since the Rio 2016 Paralympics.

"It is good to be back on the podium.

“There's still work to do, which, again is quite exciting.

“It's our first race back from Rio.

“We've been apart for a while so it's nice to come back and get straight on the podium.

“We know we've still got work to do."

There was further success for Ireland's in the men's C2 event, with Colin Lynch claiming gold in a time of 24:02.

He was followed by Russia’s Arslan Gilmutdinov and Britain’s Simon Price.

The United States were also able to celebrate success on the opening day.

A hat-trick of American successes was completed by Allison Jones, who won the women’s C2 competition in 27:22.

Over 300 riders are appearing at the event in the Dutch town's Sportpark Meerdijk.

Along with being the last of the season, the World Cup stage will be the final event before the UCI Para-Cycling Road World Championships taking place in Pietermaritzburg, South Africa, between August 31 and September 3.

Emmen is scheduled to host the 2019 Para-Cycling Road World Championships.