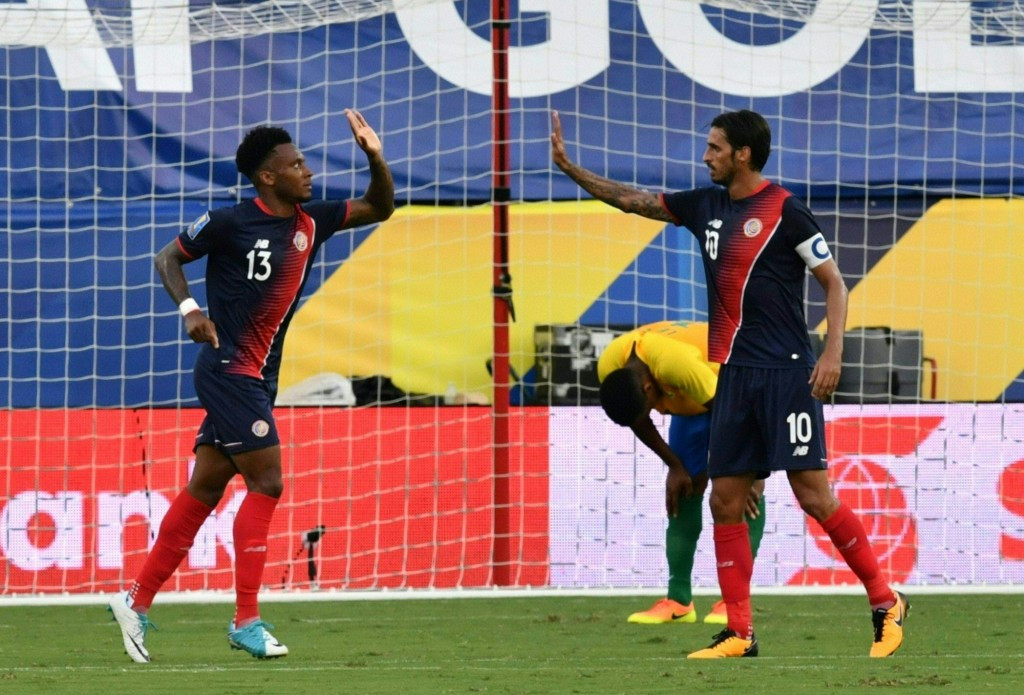 Costa Rica claimed a comfortable 3-0 victory over French Guiana today to earn a place in the quarter-finals of the Confederation of North, Central America and Caribbean Association Football (CONCACAF) Gold Cup as Group A winners.

Ariel Rodriguez, Rodney Wallace and David Ramirez all got their names on the scoresheet at the Toyota Stadium in Frisco as Costa Rica reached the last eight for a 10th consecutive time with seven points.

Canada had the opportunity to beat the Central American country to top spot on goal difference, but a 0-0 draw against Honduras in the day’s later game meant they had to settle for second place.

Honduras will also progress to the quarter-finals as one of the two best third-place finishers with four points, while French Guiana have been eliminated.

Rodriguez opened the scoring for Costa Rica in the fourth minute, slotting home from close range as the ball flashed across the French Guiana goal following a corner kick.

French Guiana’s hopes of getting back into the game were dented in the 61st minute when Ludovic Baal was issued a straight red card for a rash tackle on David Guzmán.

Costa Rica capitalised on their one-man advantage and doubled the lead in the 79th minute through Wallace, who fired home from 11 yards after Marco Urena had squared a pass from the right side of the box.

French Guiana played without Florent Malouda, who was suspended as a result of playing in Tuesday’s (July 11) match against Honduras despite previously being ruled ineligible.

The team from the overseas territory of France were in breach of FIFA rules by playing Malouda, who was capped 80 times by France.

World football's governing body prohibit players from switching nationalities once they have featured in a competitive international.

The match had ended in a 0-0 draw but French Guiana were forced to forfeit by CONCACAF’s Disciplinary Committee, meaning a 3-0 win for Honduras.

Honduras and Canada could not be separated today at the Toyota Stadium with the latter nation clinching a spot in the quarter-finals for the first time since 2009.

Canada’s Marcel de Jong, who was named man of the match, had created a chance in the 10th minute only to see his effort come back off the left post.

Sergio Peña unleashed a goal-bound effort late on but Canada defender Steven Vitoria cleared off the line with his chest.

Group B is due to conclude tomorrow at the FirstEnergy Stadium in Cleveland with hosts the United States facing Nicaragua and Panama up against Martinique.

Both the US and Panama have four points to their name, while Martinique have three and Nicaragua have none.