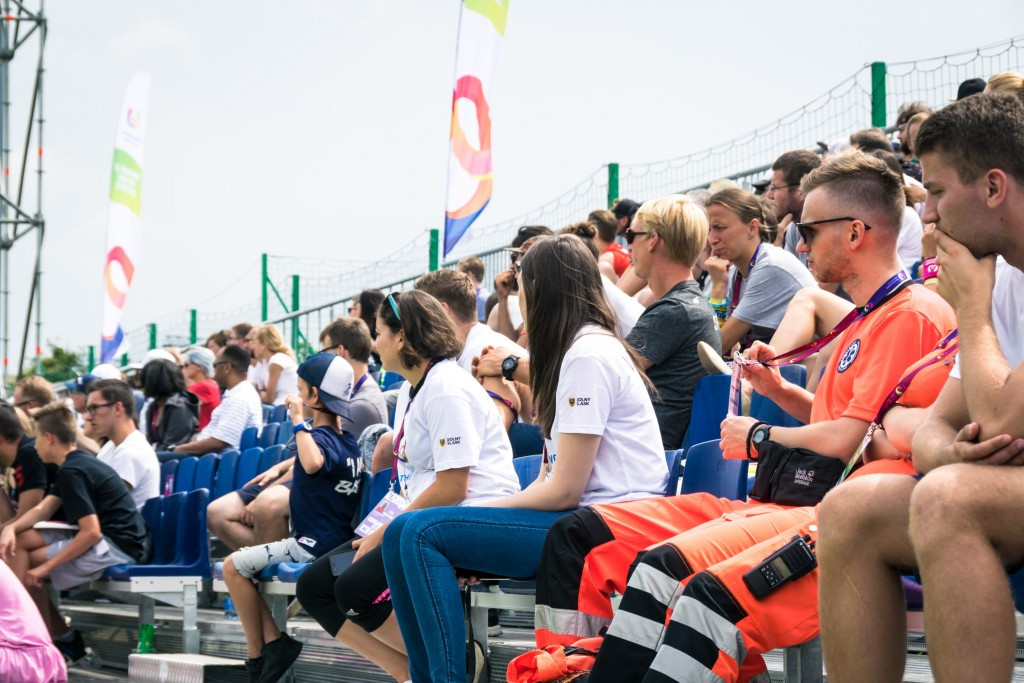 World Games organisers have expressed their delight here today at the number of tickets sold for the sporting action.

During a press briefing this morning, Wrocław 2017 spokesperson Kacper Cecota announced that around 70 per cent of tickets had so far been purchased.

"We are very happy with the level of ticket sales for now," Cecota said.

"According to reports we have sold 140,000 tickets up until today, which is around 70 per cent.

"For many finals days we have sold more than 90 per cent while some are already sold out.

"Fin swimming was the first to sell out and we have also seen high demand for squash, billiard sports and speedway, for which we have had to extend the tribune at the Olympic Stadium.

"The Opening Ceremony was also sold out with 26,000 people in attendance for that so it's so far, so good.

Lopez lauded the volunteers, whose work allowed most competitions to resume as normal.

"There were many, many problems at venues [because of the storm]," said the Spaniard.

"But organisers managed to solve all of the problems 100 per cent and as of this morning everything was fine.

"The volunteers worked very, very hard and my congratulations goes out to them."

Boules sports suffered most with the raffa, petanque and lyonnaise medal rounds postponed until today.