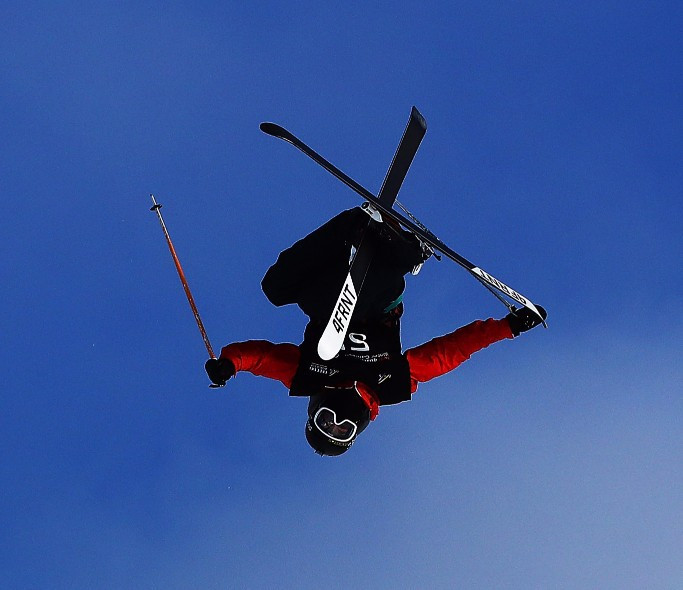 The Frenchman is looking to win the overall title for a third year in a row but had to make do with silver today on 90.20.

The American was praised by the judges for his good technical skills, well executed tricks and huge amplitude.

"I was just going for big air and good clean grabs, just good smooth skiing, something for the spectators," he said.

Both qualification and the final were held in the men's competition today after fog prevented any action taking place yesterday.

Sharpe finished on 91.00 to win gold, boosting her amplitude and cleaning up her grabs on the second run.

"Kelly came out there with a really strong run, I just wanted to boost, get all my grabs and get ahead of her because she had a great run.

"I'm stoked, the judges saw what I was trying to do and I’m really, really happy."

The competition,  part of the Audi Quattro Winter Games NZ, was the first major halfpipe event of the Winter Olympic season, with Pyeongchang 2018 taking place in February.