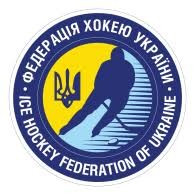 Ukrainian ice hockey players Eduard Zakharchenko and Volodymyr Varyvoda have been provisionally suspended by the sport’s world governing body following suspicion they have been involved in a failed match-fixing attempt.

The incident occurred in the last game of the 2017 International Ice Hockey Federation (IIHF) World Championship Division I Group A event in Kyiv as hosts Ukraine faced South Korea.

Zakharchenko and Varyvoda are suspected of being involved in a match-fixing attempt in which Ukraine should have lost by a margin of at least two goals.

The game, which took place on April 28, ended with a 2-1 win for South Korea after overtime.

The IIHF will investigate the alleged violation of IIHF Code of Conduct rule 3.2 - match fixing violations - and/or rule 3.3.3 - failing to cooperate with any reasonable investigation.

"After reviewing all available evidence and reports, including evidence of increased betting on a loss of the Ukrainian team by two or more goals, the IIHF has decided to open an investigation in the players’ alleged violations and requests the Ice Hockey Federation of Ukraine and the involved players to fully cooperate with the IIHF," a statement from the IIHF said.

Zakharchenko and Varyvoda are provisionally suspended from all ice hockey competitions or activities authorised and organised by the IIHF or any IIHF Member National Association,

They have previously been suspended by the Ice Hockey Federation of Ukraine (FHU) from activities in the country.

This followed investigations by the FHU and the national police.

Ice hockey accounted for one of 27 cases of suspicious betting during the first quarter of 2017, according to the European Sport Security Association.

Tennis was responsible for 12, with football and volleyball the next highest sports with four cases apiece.

Snooker and basketball each had two reported cases, while boxing and handball were responsible for one each.