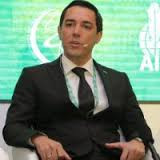 The fifth edition of the AIMAG, which has been heralded as Turkmenistan’s most important event since gaining independence in 1991, officially opened on Sunday (September 17) in a grand and extravagant Opening Ceremony.

The event is taking place in a closed section of the city in a state-of-the-art Olympic Complex consisting of 15 competition venues and an Athletes' Village.

Speaking at a press conference midway through the 12 days of competition, Muradov claimed the fifth AIMAG Executive Committee, which organised and is running the Games in cooperation with the Olympic Council of Asia (OCA), has "delivered something special to the world".

"The world is now aware of our capability," he said.

"We have 65 countries from Asia and Oceania competing with over 600 media personnel covering this event.

"We are convinced the world has heard about us."

Sheikh Ahmad claimed that preparations for the event - the biggest that the Central Asian nation has ever hosted - has acted as a catalyst to develop the country since it was awarded in 2010.

He insisted that the $5 billion (£3.7 billion/€4.2 billion) budget has also brought about benefits far beyond the world of sport.

Muradov is of the opinion that Ashgabat 2017 will inspire Turkmenistan’s next generation by creating a sports industry that will meet its needs.

"Our national teams can train here for international competitions and the young children will also have something at which to train in the near future," he added.

"We shall also make the facilities available for other Asian countries to have their training camps and prepare for international events."

Ashgabat was awarded the Games by the OCA in 2010.