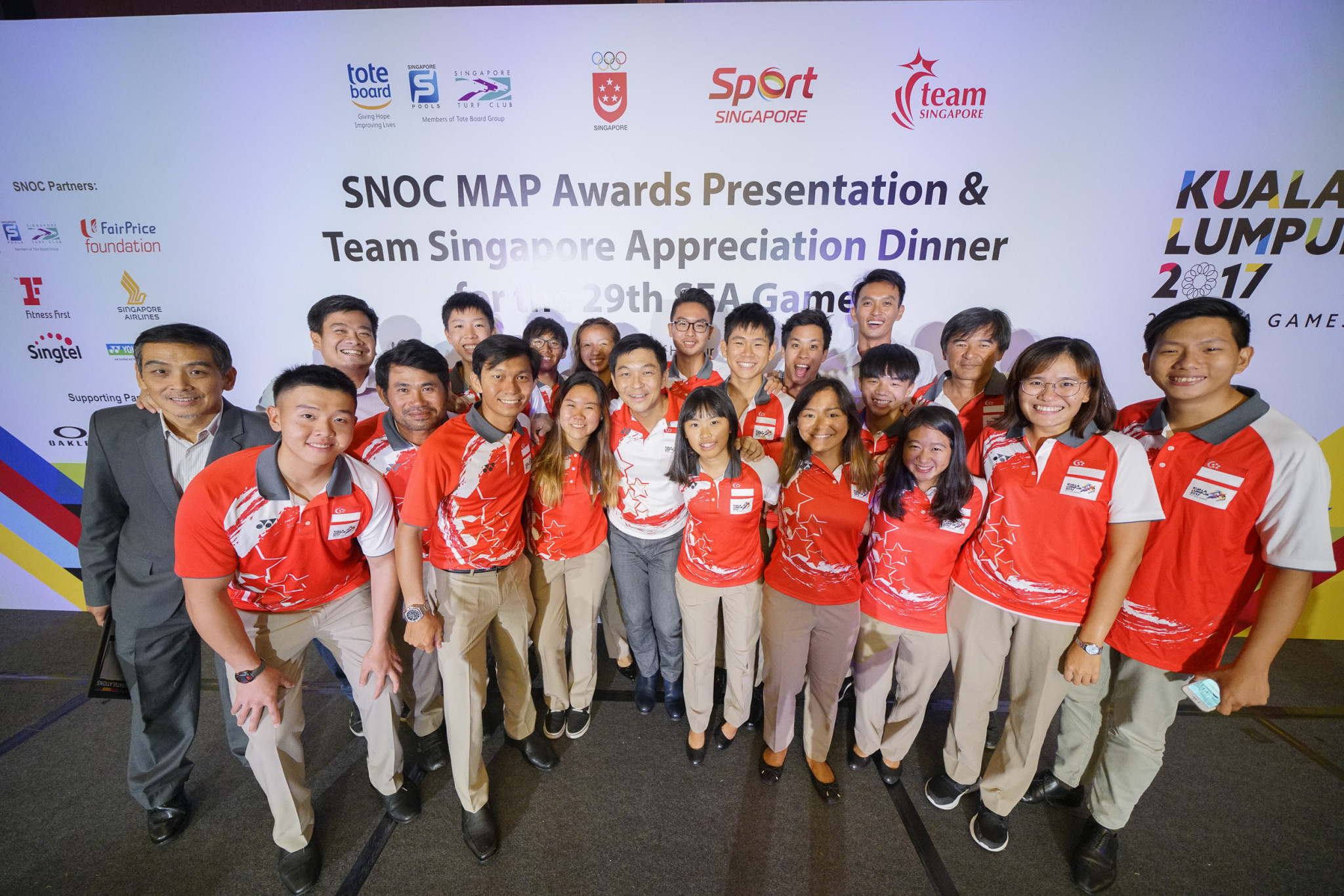 The tally exceeded the previous best secured at the Korat 2007 Games of 43 golds, 43 silvers and 41 bronzes.

The MAP rewards medallists of the SEA, Commonwealth, Asian and Olympic Games.

Sponsored by the Tote Board group, recipients receive cash in amounts based on the major Games event and medal won.

Individual gold medallists at the SEA Games were rewarded up to a maximum of three gold medals.

It is mandatory for athletes to give 20 per cent of their rewards to their respective National Sports Associations for future training and development.

Tan Chuan-Jin, Speaker of Parliament and SNOC President, attended the event as a guest of honour and presented personalised congratulatory cards to the medallists.

"Behind every record, medal, score and athlete, there is a tribe of family, friends and strangers who support and cheer our athletes and officials on," said Tan.

"Many thanks to all of you – families, friends and employers who are part of the Singapore sporting journey.

"Team managers, coaches, training partners, administrators and officials including those at our National Sports Associations, Sport Singapore, Singapore Sports Institute and the Ministry of Culture, Community and Youth.

"Your work has contributed to the success of the team."