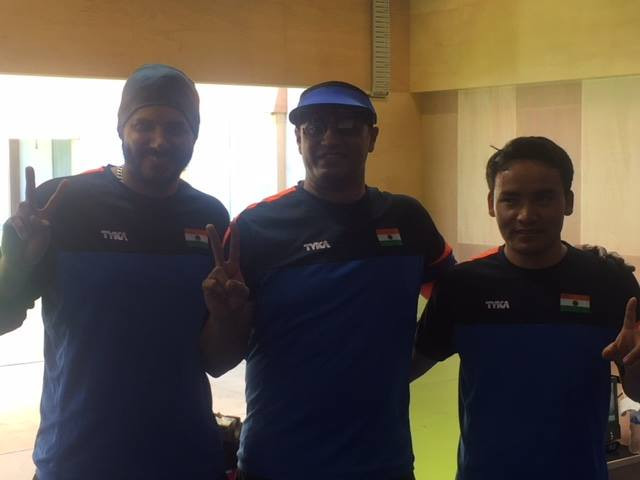 Nanjappa, the Commonwealth Games silver medallist in the 10m air pistol at Glasgow 2014, topped the podium at the revamped Belmont Shooting Complex.

The 41-year-old Asian Games bronze medallist scored a total of 222.4 points to edge compatriot Amanpreet Singh, whose total was a only 0.04 points shy of Nanjappa's.

There was further success for India on day four of the event at a venue set to be used at Gold Coast 2018 as Ankur Mittal triumphed in the men's double trap Commonwealth event.

Mittal hit 74 targets, two more than silver medallist Matthew French of England, who finished in the same position during the double trap competition at Glasgow 2014.

Nathan-Lee Xuereb secured a rare sporting success for Malta as he clinched the bronze medal on 54 hits.

Garry Heinrich was second on 217.4 points and Kerry Bell sealed the bronze medal with a total of 197.2 points.