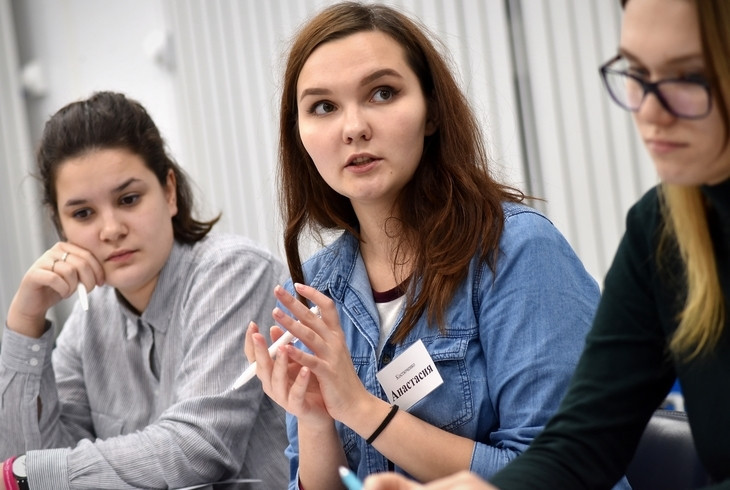 A training programme for volunteers who will staff the 2019 Winter Universiade in Krasnoyarsk, Russia, has taken place in the nearby city of Norilsk.

Over 160 employees of the Nornickel mining company and their families are taking part.

Speakers included representatives of the Executive Directorate of the Winter Universiade 2019, the employees of the Siberian Federal University and the general partner of the Games "Norilsk Nickel".

Communications management and client orientation were discussed, while tomorrow (November 23) will see a second training block, dealing with conflict competence and teamwork.

Volunteers from outside the Norilsk industrial area are undertaking similar training online.

All volunteers must be at least 18, with emphasis placed on their communications skills, stress resistance and a desire to take part in the Games.

“Since it is harder for employees to leave their work place than, for example, for students to leave the school, we ourselves came to Norilsk to train volunteers, "said Konstantin Gureev, deputy director general of the Executive Directorate of the 29th Winter Universiade Krasnoyarsk 2019.

“For Norilsk Nickel, sport and people are the most important part of the company's social responsibility, because sport is associated with team building, endurance, stress resistance, and the ability to overcome obstacles," said Yana Grib, Director of the Project Office.

"This is the kind of people who live in Norilsk and do extremely difficult work under severe climatic conditions.

“There is no better place to find responsible and warm-hearted volunteers than Norilsk.

"These are the very human qualities that will contribute to the Games.

"As the Universiade will be held in Krasnoyarsk, which is the main region of the company's presence, it is extremely important for Norilsk Nickel to pay attention to this event and create a professional team of volunteers. "

The event will take place from March 2 to 12, and already a lot of preparations are being made to involve local people.

Russian Sports Minister Pavel Kolobkov claimed last month that preparations for Krasnoyarsk 2019 are on track after he had chaired a meeting of the Supervisory Board overseeing the organisation of the event.

Russian President Vladimir Putin warned in March that organisers must ensure there are no delays in constructing and renovating venues.

In January 2012, Russia's then President, Dmitry Medvedev, ordered the Government of the Russian Federation to prepare Krasnoyarsk for participation in the bidding campaign.

In November 2013, in Brussels, the FISU Executive Committee decided to hold the Winter Universiade in the city.

Ski orienteering, freestyle skiing and bandy have been included as optional sports.