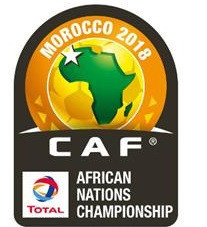 The 2018 African Nations Championship kicks off in Morocco tomorrow with the hosts taking on Mauritania as 16 teams battle for the title.

The tournament was initially due to be held in Kenya but the Confederation of African Football stripped the country of the event as a result of infrastructure concerns.

Morocco, which is bidding for the 2026 World Cup against a joint effort from the United States, Canada and Mexico, was then announced as Kenya's replacement.

Although Africa's second-tier international competition won't feature the same big names as seen in the recent African Cup of Nations, there is still a prestige to competing in a tournament reserved largely for players who play club football.

Reigning champions the Democratic Republic of Congo will not be present to defend their crown after being knocked out in qualification by Congo.

Hosts Morocco will also play Sudan and Guinea in Group A of the Championship organised by the Confederation of African Football (CAF).

Group A will take place in Casablanca at the Stade Mohamed V, with the event running from January 13 to February 4.

Group B, to be played at the Stade de Marrakech, will feature Ivory Coast, Zambia, Namibia and Uganda.

Liberia, Nigeria, Rwanda and Equatorial Guinea will play in Group C at the Stade Ibn Batouta in Tangier.

The Stade Adrar in Agadir will host Group D which is home to Angola, Cameroon, the Republic of Congo and Burkina Faso.

Ivory Coast booked their place in the finals after beating Niger on the away goals rule following a 2-2 draw in the second round of qualification.

This will be Ivory Coast’s fourth appearance in the competition having participated in the 2009 finals as tournament hosts.

Ivory Coast coach Kamara Ibrahim is hoping to guide the West African side to the knockout stages of this year’s finals.

"We will put ourselves in a real situation of high competition.

"Internationally, there are other difficulties,” Ibrahim said on Sport-Ivoire.ci.

“These are other challenges.

"It's a bit more complicated but the second stage will allow us to really see our players.”

Ibrahim will be assisted by former Arsenal, Liverpool and Celtic midfielder Kolo Toure.

The Elephants have never won the title having finished third in 2016, in Rwanda.

Namibia reached the finals after defeating Comoros 3-2 on aggregate in the third round of qualification.

The Brave Warriors will be making their debut  in the competition and defender Emilio Martin believes they are more than capable of reaching the knock-out stages.

“Even though we are underdogs in the championship, I believe we will win our first game,” Martin told the NFA website.

“I trust in our individual talents, and I believe that the technical team has done its best to try and incorporate all the different skills and techniques that the players have in one team."