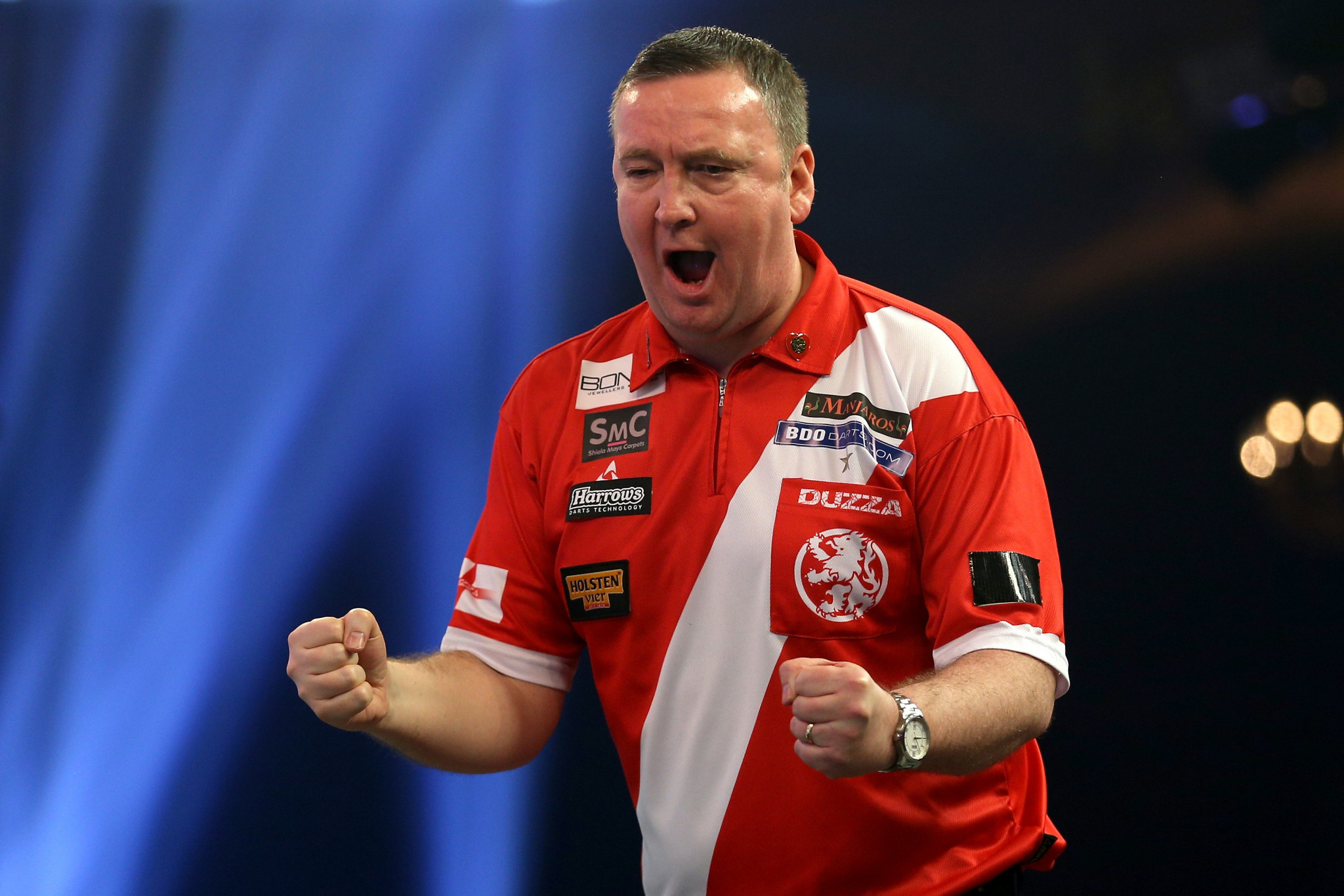 Reigning champion Glen Durrant came back from the brink of defeat at 4-1 down to Welshman Jim Williams to join fellow-Englishman Scott Waites who pulled a similarly impressive comeback in the last four of the BDO World Darts championships.

Williams, the ninth seed, had  progressed to the quarter-finals by beating England's Conan Whitehead and Sweden's Dennis Nilsson, and he was in rampant mood in taking the opening two sets at the Lakeside Country Club, in Frimley Green, in England.

Durrant, the top seed, hit back to take the third but Williams opened up a three set advantage with some inspired darts before the comeback of darting comebacks began.

Durrant averaged 100.92 each throw over the course of the contest which he won 5-4 to set up a meeting with Waites who enjoyed an equally stressful victory over nine sets.

Waites, likewise, was always behind to Belgium's Andy Baetens.

He fell 2-0 down before getting a set on the board and then fell 4-1 down in the race to five sets before winning four straight sets in a thrilling encounter.

In the women's draw sixth seed Anstasia Dobromyslova, the 33-year-old Ellesmere Port-based Russian, booked herself into the finals to play either Deta Hedman or Lisa Ashton with her 2-0 win over seventh seed Trina Gulliver MBE.

Three-times champion Dobromyslova took a close first set 3-2 and followed it with the second to end Gulliver's hopes of landing an eleventh title.