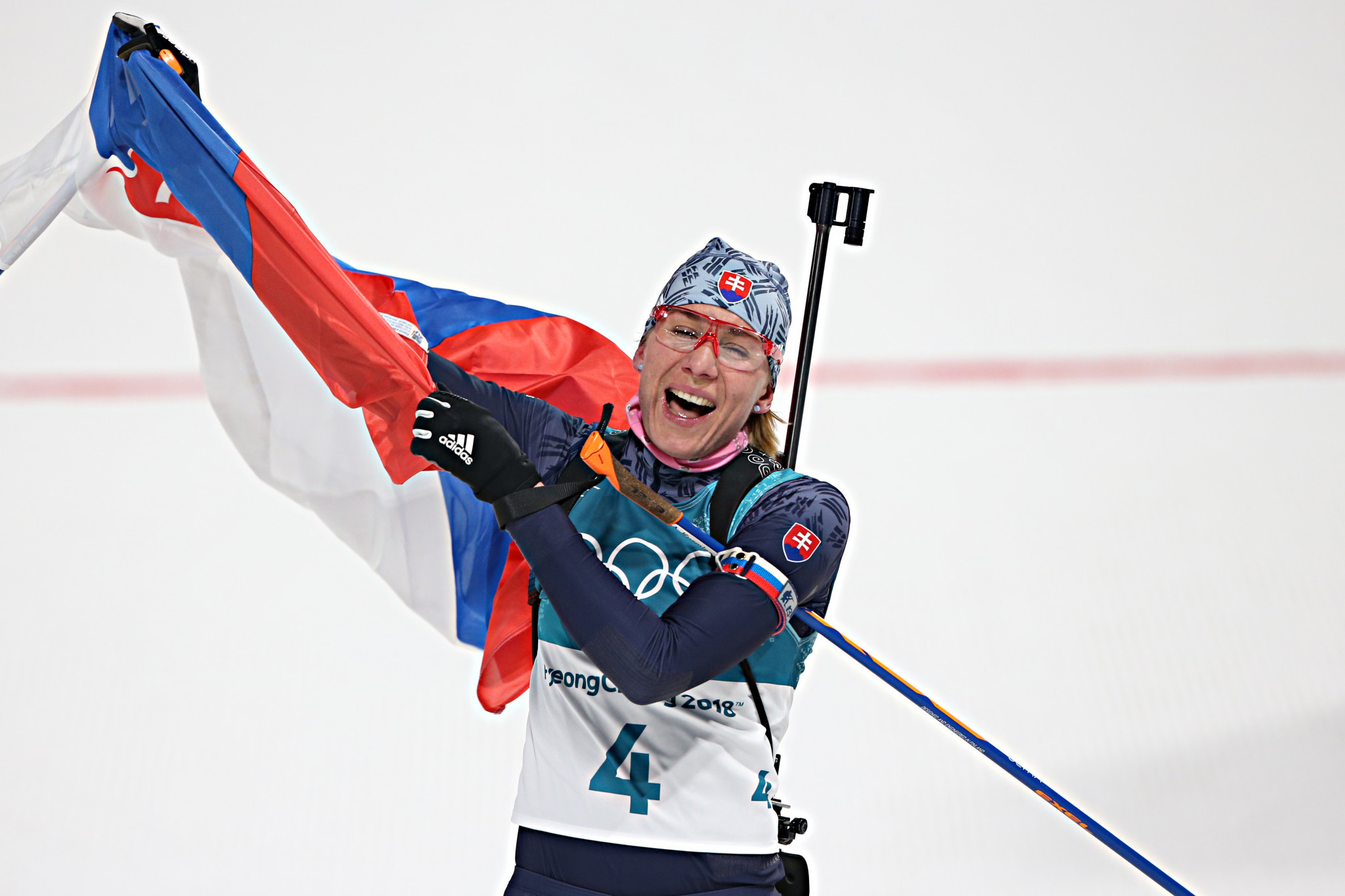 Anastasiya Kuzmina followed silver medals at Pyeongchang 2018 with gold after a superb shooting performance in the 12.5 kilometres mass start biathlon race today at the Winter Olympics.

The Slovakian became the first women to win individual titles at three successive Olympic Games in the sport at the Alpensia Biathlon Centre.

Kuzmina shot clean in three rounds of shooting before missing only her final shot to triumph in 35min 23.0sec.

Darya Domracheva of Belarus crossed 18.8 seconds behind in second place.

Kuzmina has finished second in both 10km pursuit and 15km individual races at Pyeongchang 2018.

The Russian-born athlete also won sprint gold medals in the 7.5km sprint at Vancouver 2010 and Sochi 2014.

"This race was really hard for me, and I was really tired, but now I am so happy," she admitted.

"I was happy with two silvers, but today I was really relaxed and wasn't thinking about if I [win a] medal.

"I just competed, I just enjoyed this race.

"In my career I never shoot clean four times, and today after three times zero, I was reaching for my last shooting, and I was worried about it.

"I'm so happy that my ski time was good enough, and saved my position."

Germany’s Laura Dahlmeier, winner of the 7.5km sprint and 10km pursuit earlier in the Games, missed in each of her first two shooting efforts and finished a disappointing 16th.