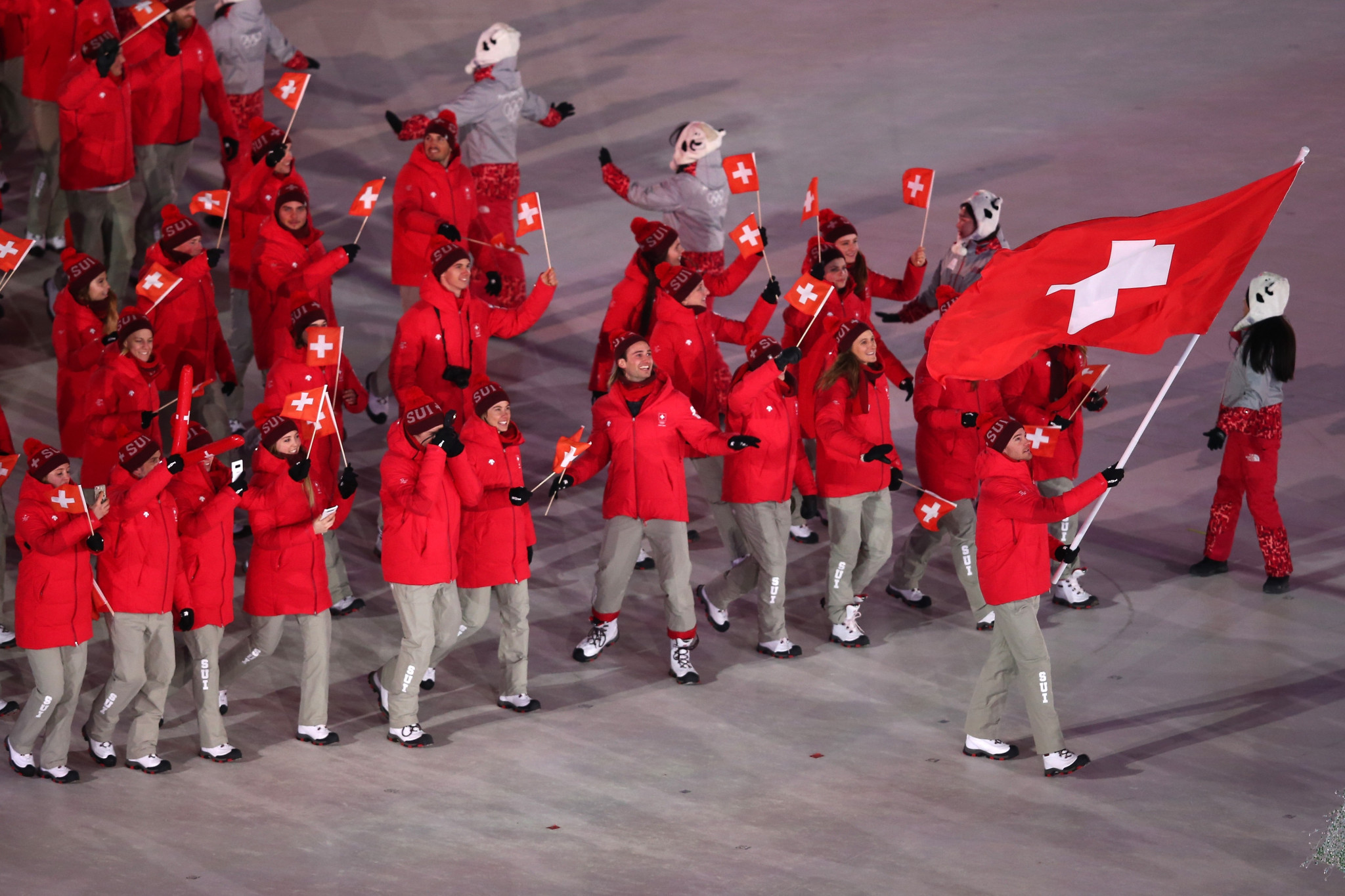 The European nation claimed a total of 15 medals at the Games, comprising five gold, six silver and four bronze.

Two of their gold medals came in Alpine skiing with Michelle Gisin coming out on top in the women's Alpine combined and the quintet of Denise Feierabend, Wendy Holdener, Luca Aerni, Daniel Yule and Ramon Zenhaeusern winning the Alpine team event.

There were also victories for Dario Cologna in the men's 15 kilometres freestyle cross-country, Sarah Höfflin in the women's ski slopestyle and Nevin Galmarini in the men's parallel giant slalom snowboard.

"Our athletes were ready for Pyeongchang 2018 and showed strong performances at the crucial moments," said Stöckli, who had targeted 11 medals or more before the start of the Games.

"But I also enjoyed the way the Swiss delegation presented itself as a whole in Pyeongchang.

"Starting with the Opening Ceremony, when we gave an impressive picture in red and white at the onset, to the team spirit, the athletes in the Olympic Villages and in the competition venues."

The 25-year-old from Valais came second in the men's slalom on Thursday (February 22) and was the first Swiss to win an Olympic medal in the discipline since Jacques Lüthy claimed bronze at Lake Placid 1980.

"Ramon Zenhaeusern has fought against many obstacles to get to the top of the world and has shown great discipline and perseverance," Stöckli said.

"He is a great ambassador for Switzerland and as a Valaisian, of course, for our project Sion 2026 with which we want to bring the Winter Olympics to Switzerland."

Stöckli also reflected on the challenges facing him and his team.

Injuries ruled out snowboarder Iouri Podladtchikov and Alpine skier Mélanie Meillard from competing at the Games.

An additional problem for the Swiss team came when freestyle skiers Fabian Bösch and Elias Ambuehl contracted the norovirus which spread to hundreds of people across the Games.

"These events have also challenged us and cost us substance," Stöckli added.

"They were very successful but also a very demanding Games."