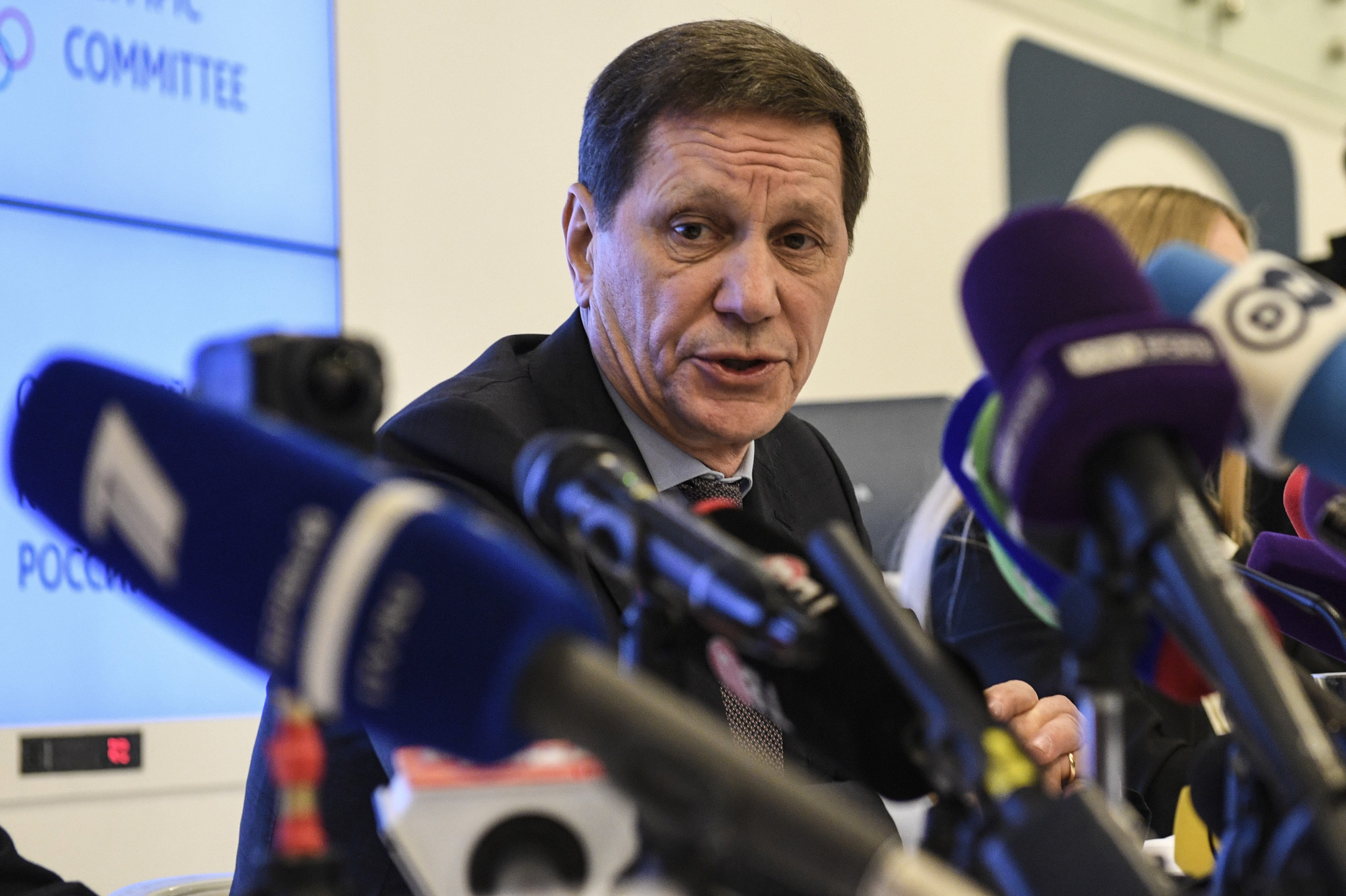 Russian Olympic Committee (ROC) President Alexander Zhukov has claimed the country will not recognise the conclusions of the McLaren Report, one of the two outstanding criteria required for the Russian Anti-Doping Agency (RUSADA) to be made compliant.

It follows World Anti-Doping Agency (WADA) President Sir Craig Reedie admitting he would have preferred the ROC's suspension to have lasted longer after it was lifted by the International Olympic Committee (IOC) this week, something he believed would have helped with RUSADA's reinstatement.

Russia were suspended and forced to compete under the neutral Olympic Athletes from Russia (OAR) name at the Pyeongchang 2018 Winter Olympics in South Korea last month due to their "systemic manipulation" of the anti-doping regime at Sochi 2014.

Two failed drug tests by Russian athletes at the Games proved key in the suspension not being lifted in time for the Closing Ceremony on Sunday (February 25).

The ROC suspension was, however, lifted by the IOC on Wednesday (February 28) after the remaining drug tests carried out on OAR athletes came back negative.

Acknowledgement of the findings of Richard McLaren and Samuel Schmid’s reports into the doping scandal is one of two outstanding requirements needed for RUSADA to achieve compliance.

Access to the Moscow Laboratory is the second requirement.

Zhukov has reportedly dismissed the prospect of Russia acknowledging the findings of the McLaren Report, though, and has claimed Schmid found that a state supported system did not exist.

"The road-map for the restoration of the Russian Anti-Doping Agency has been practically completed, with the exception of two points," Zhukov said, according to Sport-Express.

"The first of them is the recognition of the conclusions of the McLaren Report, which cannot happen, because it claims that there was a system of doping supported by the state in Russia, which is not so.

"The report of the IOC Commission under the leadership of Samuel Schmid directly says that such a system did not exist.

"Therefore, there is a contradiction that, within the framework of negotiations with WADA, must be eliminated.

"WADA insists on recognising what was not."

Zhukov also claimed access to Moscow Laboratory would depend on the outcome of an ongoing criminal investigation in Russia concerning Grigory Rodchenkov.

The former Moscow Laboratory director turned whistleblower and is now in hiding in the United States.

His evidence has largely led to Russia's suspensions from international sport.

Zhukov suggested that because Rodchenkov would not return to Russia, the situation was currently unsolved and a solution would need to be found to ultimately give WADA access.

RUSADA has been non-compliant since a report revealed systemic doping in athletics in November 2015.

They were given a boost in their recompliance effort after they were allowed to resume testing last June.

It would appear, however, that a deadlock remains on the final two criteria.

Zhukov also claimed that a boycott of Pyeongchang 2018 was never an option, despite the suspension of the ROC leading to Russian athletes competing neutrally as OAR.

"Many underestimated the possible consequences of the boycott," he said, according to the Russian news agency TASS.

"It could have resulted in the ban from four Olympics and in fact the complete sports isolation of the country.

"This is why I never even tried to consider such option.

"There were provocations, an unstable situation as well as an unfriendly attitude on behalf of some foreign athletes, let alone the foreign media.

"Loads of nerves were burnt both on our and their behalf, as well as on behalf of our fans, who worried for our athletes because they were forced to compete not dressed in our national uniform, without the state anthem and the national flag."