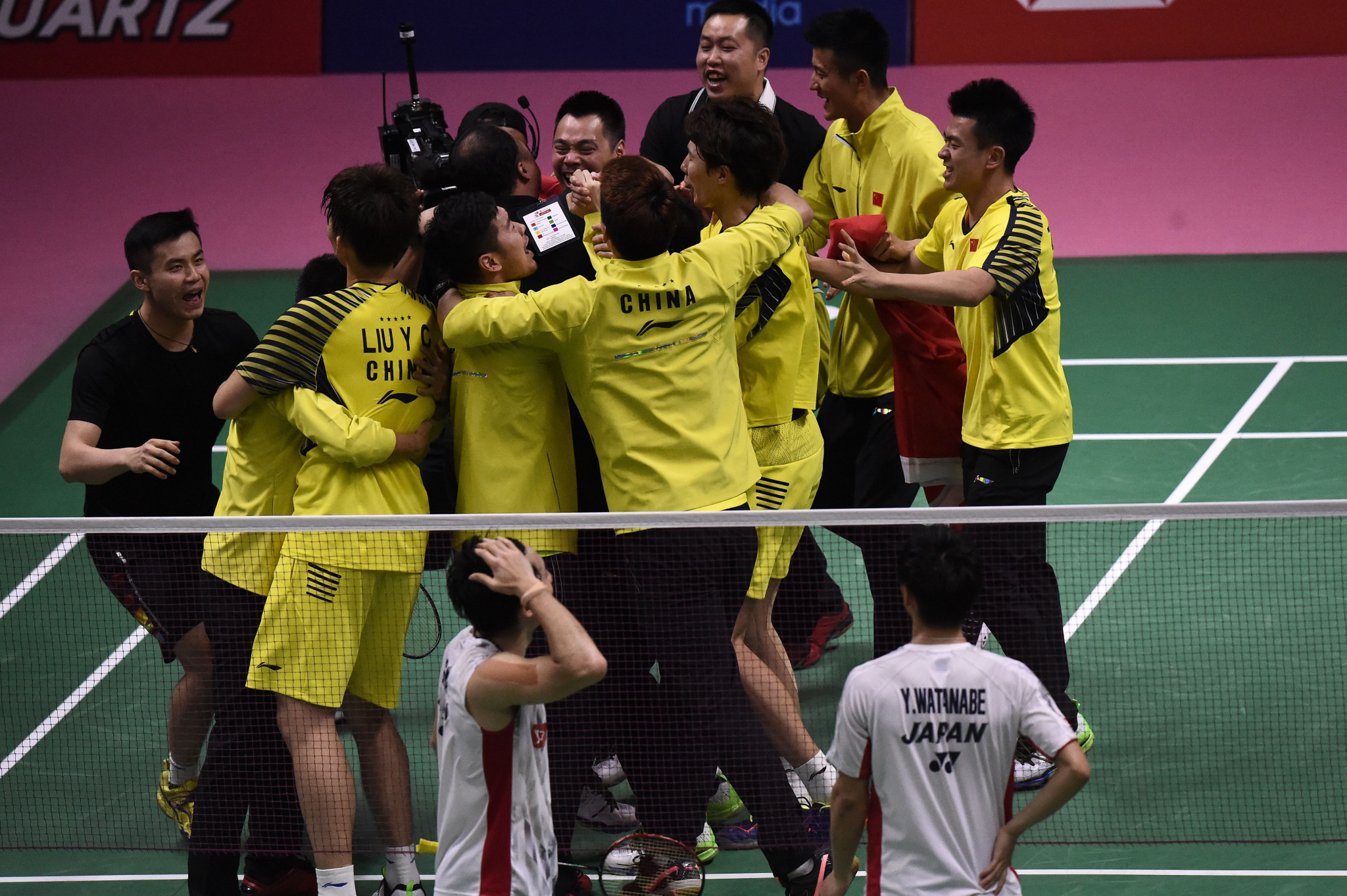 China battled from behind to beat Japan today and claim a first Badminton World Federation (BWF) Thomas Cup title since 2012 in Bangkok.

The Chinese were made to work hard by their Japanese opponents at the IMPACT Arena but ultimately proved too strong in a thrilling doubles finale.

Momota is continuing to return to his best form after a suspension for gambling ended last year.

Shi Yuqi then prevailed 21-12, 21-17 against Kenta Nishimota in the second singles clash.

The Japanese pair squandered two match points when 20-18 up in the deciding set.

It followed their shock quarter-final loss two years ago in Kunshan and their semi-final exit two years before then in New Delhi.

Japan did have the consolation of winning the women's Uber Cup yesterday with a 3-0 final success over hosts Thailand.