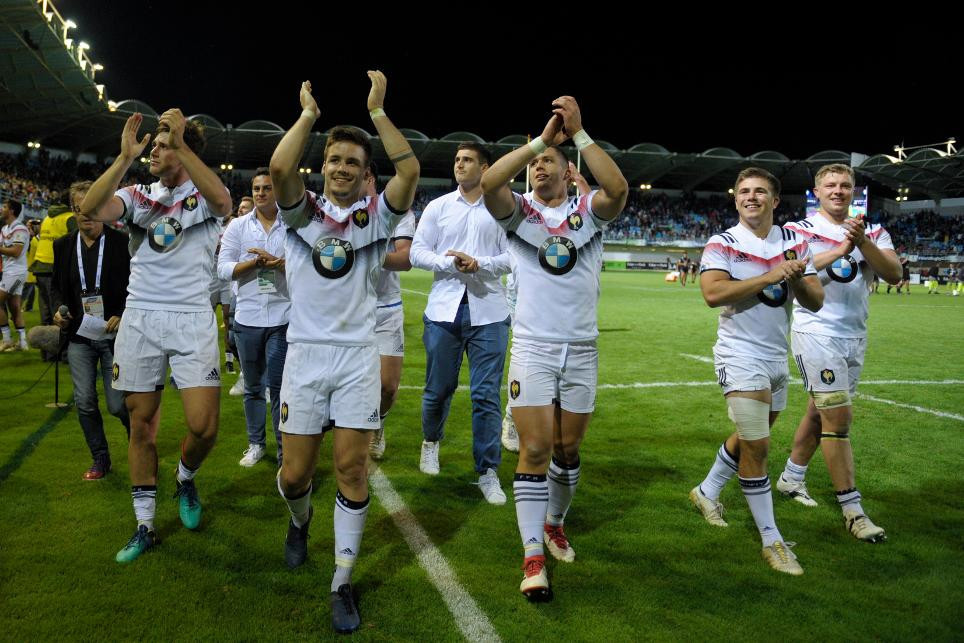 France booked their place in a maiden World Rugby Under-20 Championship final by beating defending champions New Zealand at the Stade Aime-Giral in Perpignan.

The semi-final clash proved tightly contested in the first half, as only a penalty of French fly-half Louis Carbonel separating the teams, with the score at 3-0.

France took a major step towards the final when Romain Ntamack went over for the first try in the opening minutes of the second half, while Carbonel added the conversion.

Carbonel scored two penalties to take France’s advantage to 16-0, before New Zealand’s Harry Plummer reduced the deficit with a try and conversion in the 70th minute.

The French team withstood New Zealand pressure in the final 10 minutes of the match as they booked their final spot with a 16-7 win.

They are now set to take on England, who reached their sixth consecutive final at the annual event by beating South Africa.

England had looked on course for a comfortable win after first half tries from Tom Parton, Tom Hardwick and Ben White gave them a 19-0 led after 23 minutes.

Sazi Sandi clinched South Africa’s first try as the opening half drew towards a close, leaving the score at 22-7 at the break.

Second have tries from Muller Uys and Ruan Nortje reduced the deficit to 25-17, only before Jordan Olowofela to score for England to ease their nerves.

South Africa launched a sustained period of pressure in the final 15 minutes, with tries from Manny Rass and Asenathi Ntlabakanye leaving them one point behind.

England maintained their narrow advantage in the final five minutes to win 32-31 and reach the final on Sunday (June 17).

Argentina beat Wales 39-15 to book their place in the fifth place match, where they will face Australia, following their 44-15 success against Italy.

Wales and Italy will play for seventh place.

Scotland emerged as 45-29 winners against Ireland to reach the ninth place match.

They will take on Georgia, who won 24-22 against Japan.